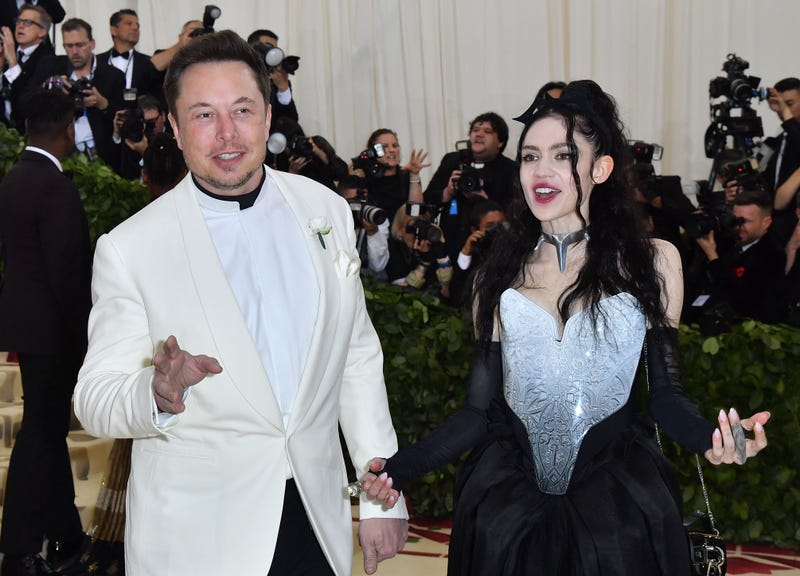 The freakishly fairy-esque, electronic artist formerly known as “Grimes” has changed her name to “c,” according to The New York Times. The Canadian artist whose birth name is Claire Boucher changed her name to c which is a reference to the speed of light.

Earlier this year, c and her partner, Elon Musk welcomed a baby into the world who they named, X Æ A-XII Musk, however they use “X” as a nickname for the baby’s eccentric full name.

During her interview with The Times, c explains that she and her baby are not watching traditional media created for kids and explains that her son has varying tastes and interest. “I’ve watched ‘Apocalypse Now’ and stuff with my baby,” explains c.  The new mom adds, “he’s into radical art. Like, he just actually is, and I don’t think it’s problematic to engage with them on that level.”

The artist is even creating new content specifically for her baby. c has partnered with the app, Endel in order to create an ambient lullaby soundtrack designated for infants. The producer and mom has been working to move her son away from traditional infant entertainment because she finds it to be lacking in direction and complexity. The new AI Lullaby is meant to create “a better baby sleeping situation.”

c explains, “When you have a baby, you’re always using white noise machines. It’s much easier to get them to sleep if you train them on some kind of audio situation.” She continues, “and so I was just like, could this be more artistic? In general, stuff for babies is really just creatively bad. I don’t want your first introduction to the world to just be all this aimless crap.”

The “Flesh without Blood” singer feels like most media for babies is very one-note and “one vibe.” c wants to move away from pastel zebras and bears and create a new “creative lens” for infant entertainment. She points out the idea that babies, “do have taste,” and shares, “they definitely like some things. They don’t like other things. They fully have opinions.”

AI Lullaby  will be available on the Endel app for eight weeks.