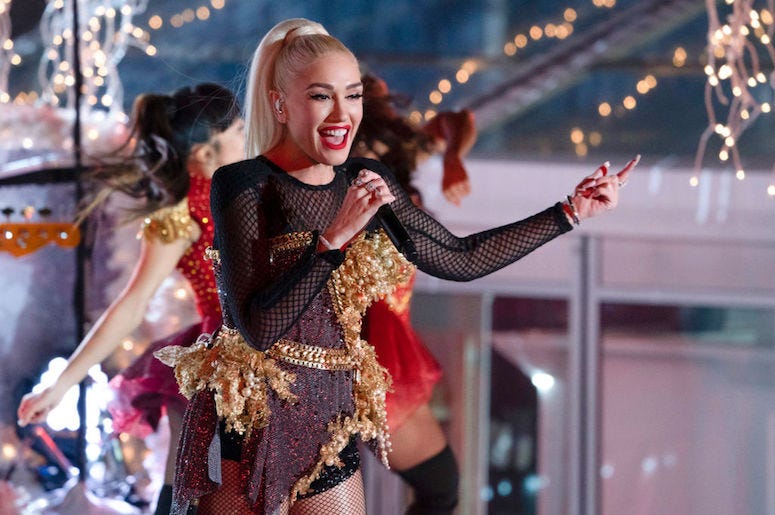 Hallmark’s “Countdown to Christmas” has a brand new theme song this year featuring a familiar voice.

Gwen Stefani was tapped to create the theme song and shared her new track with the world today. “My new holiday song #HereThisChristmas is out now on the special #YouMakeItFeelLikeChristmas Deluxe edition & will be the theme to @hallmarkchannel’s #CountdowntoChristmas!!” The singer wrote in a tweet.

“Grateful to have worked with @RyanTedder on this one.”

My new holiday song #HereThisChristmas is out now on the special #YouMakeItFeelLikeChristmas Deluxe edition & will be the theme to @hallmarkchannel’s #CountdowntoChristmas!! 🥰 Grateful to have worked w @RyanTedder on this one 🎄🎁🎄 gx https://t.co/3Ahp03boRq pic.twitter.com/YgcHpCJU9h

“Here This Christmas” was written by Ryan Tedder and Brent Kutzle and will appear on Gwen’s deluxe edition reissue of her 2017 holiday album You Make It Feel Like Christmas.

Gwen has been brushing up her older material quite often in recent days as she reimagined a few of her older hits as Country songs. The singer appeared on The Tonight Show with Jimmy Fallon and took part in a sketch promoting her "new" album Gwen’s Gone Country. Performing in a cowboy hat, Gwen treated us to countrified versions of her hit songs such as "Don't Speak," "Spiderwebs" and "Hollaback Girl."

Clearly Blake Shelton’s influence has rubbed off on her.