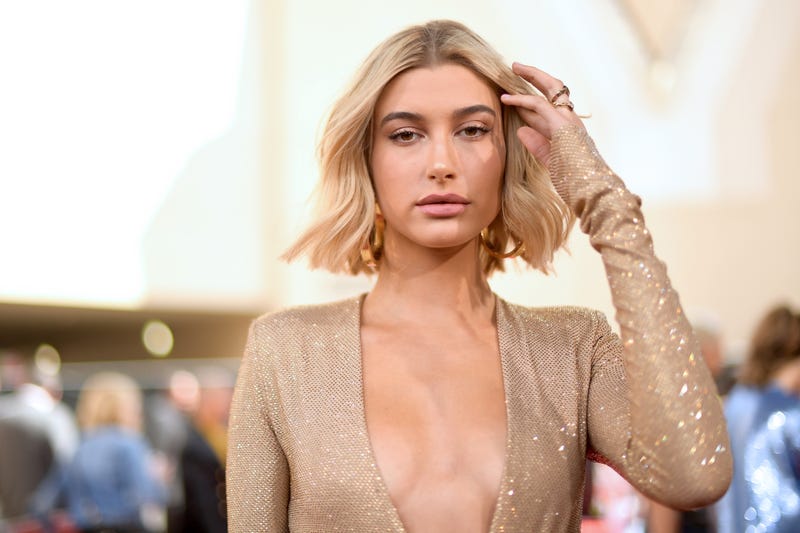 Hailey Bieber is speaking out after being the subject of a viral video with husband, Justin Bieber, over the weekend.

The fan-posted video captured the couple in, what many believed was a “heated argument” after Justin's performance with Diplo on Saturday, while others chalked it up to “post-show adrenaline.”

Regardless of the many opinions surrounding the video, Hailey has spoken out to set the record straight.

Sharing a photo on her Instagram story of the couple in a lip-lock, Hailey wrote, “Reminiscing on how amazing last weekend was. Had the best time surrounded by so much love.” 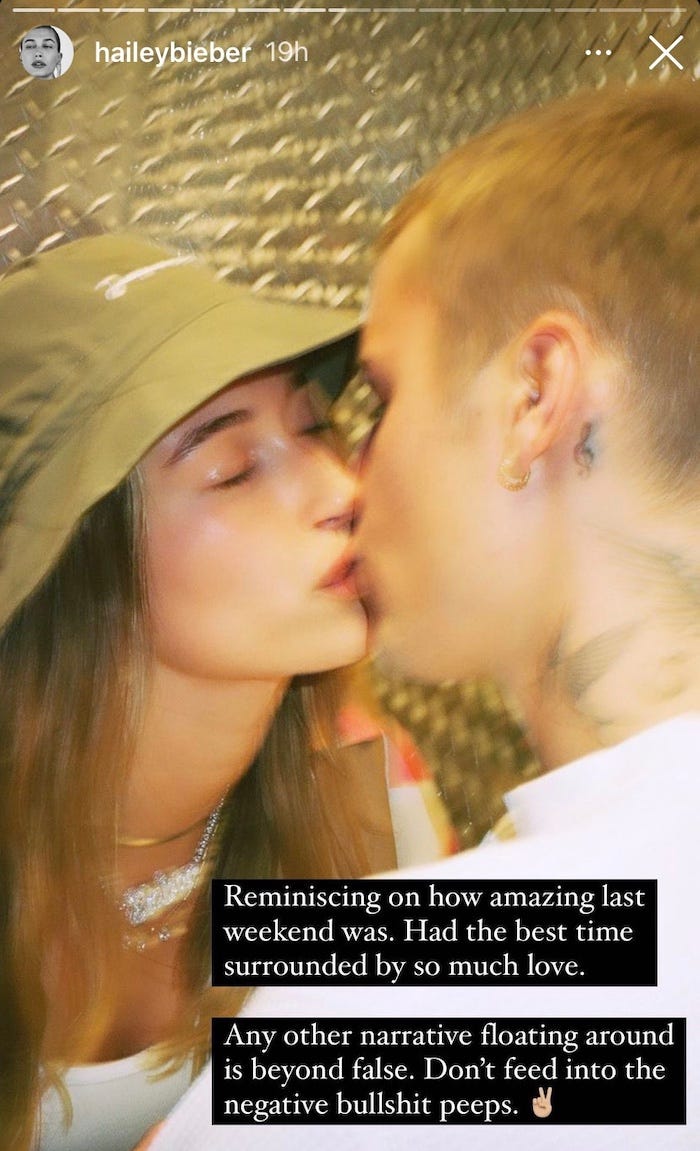 She continued, “Any other narrative floating around is beyond false. Don’t feed into the negative bulls*** peeps.”

While Justin hasn’t addressed the rumors directly, he posted a caption-less photo of the couple, all smiles while snuggled on a couch. The photo appears to be from the same weekend, as Justin is wearing one of the outfits he performed in.

Justin performed two shows in Vegas, which took place just days after he and The Kid LAROI dropped their new collab, “Stay.”

Catch songs by Justin Bieber and The Kid LAROI on one of Audacy's new, exclusive stations like Beach Beats, CollaborNation and Progressive Pop.