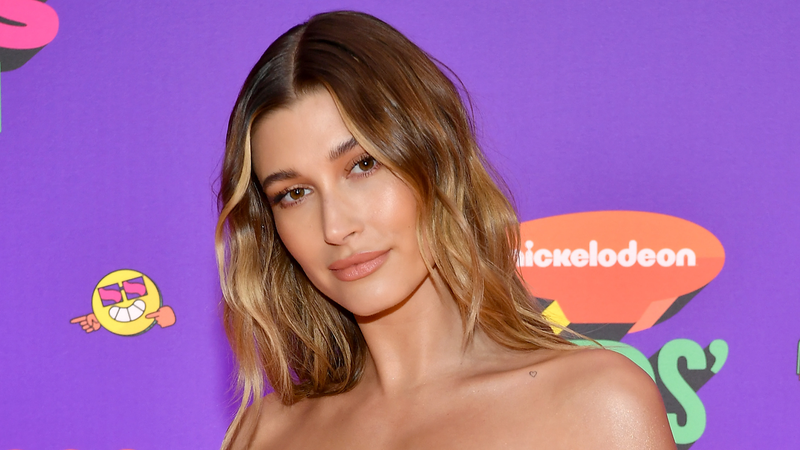 Chillin’ together on a pink couch, Hailey Bieber chatted it up with TikTok star Dixie D’Amelio on her new on her YouTube series, The Early Late Night Show

Hailey, who also recently started her own YouTube channel, opened up about a few different topics including her marriage to Justin Bieber, and how being homeschooled caused her to “miss out” on normal interactions with boys.

"I missed out on interacting with boys," Hailey said. "I think I'm okay now, but... when you're in high school, it's boys and girls. It's a different environment.”

Ummm, yeah we’d have to agree, in fact we’d say Hailey is more than just “okay,” cuffing up JB, a former teen heartthrob and pop megastar.

While she was homeschooled for a majority of her formative years, Hailey did reveal that she attended real school, but only for parts of fifth, sixth, and seventh grade, adding she felt a bit hindered by her situation, but it was ultimately her choice. Hailey went on to tell D'Amelio that her parents, Stephen and Kennya Baldwin, opposed of her going to a public school and thus gave her the option of either going to a Christian school or be homeschooled.

"I actually wanted to go to a performing arts school in New York City and they didn't want me to do that either. So, I just chose to stay home," Hailey added.

Despite her decision to be homeschooled, Hailey noted that when it came to maintaining friendships and socializing she didn't feel particularly isolated because she went to ballet classes almost every day for over a decade. "All of my socializing and my friend interactions, for the most part, were there so I don't feel like I really missed out," Hailey said.

After briefly dating Justin in 2016, the two reunited in 2018 and married at an NYC courthouse later that year when she was only 21 years-old. However, despite admitting to Elle during an interview for her March cover story that she was “insanely young" to get married, and that it "sounds almost ridiculous when you say it out loud,” for them it made sense.

"We've seen a lot for our age," she said. “We have both lived enough life to know that's what we wanted.”

Check out Hailey and Dixie’s entire conversation above.