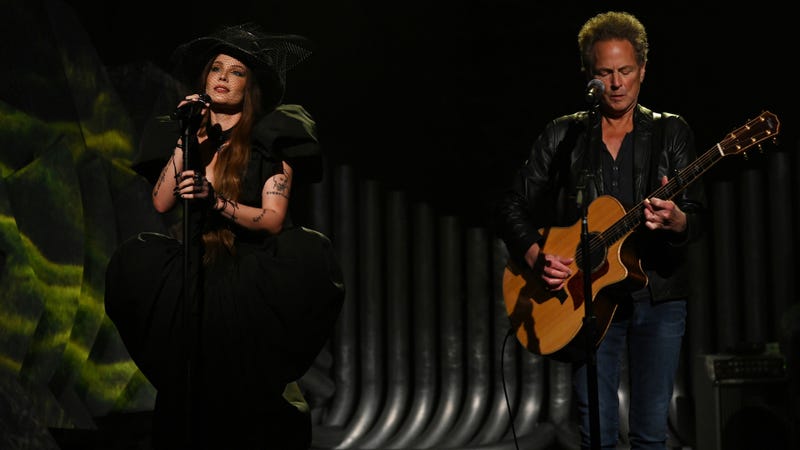 At this point in time, Halsey is a Saturday Night Live veteran who knows the ins and outs of the stage enabling them to command it at will.

That much was true over the weekend as Halsey once again delivered a memorable performance on SNL as they opted to bring out a Rock legend on stage to close out the show.

Halsey kicked off their fifth appearance on SNL with a stunning rendition of “I Am Not a Woman, I’m a God” from their latest album If I Can’t Have Love, I Want Power.

Dressed in a black leather bodysuit, Halsey stepped onto the stage that looked straight out of a sci-fi future to perform their single. Filmmaker Michel Gondry, who was behind Eternal Sunshine of the Spotless Mind and The Green Hornet, served as creative director for the segment.

Halsey’s final performance of the night saw the “Nightmare” singer welcome former Fleetwood Mac guitarist Lindsey Buckingham to the stage as the duo performed a stirring rendition of “Darling.”

With Buckingham on acoustic guitar and Halsey using just their voice, “Darling” was an especially powerful moment from the show as the performance is guaranteed to be played on repeat throughout the years.

Just like we all were, Halsey was on cloud nine after the show. “I can’t believe I just did SNL for the 5th time!!!!!!” The “Without Me” singer wrote on Twitter.

“It never gets old. Always electrifying and so fun to finally perform the new songs.”