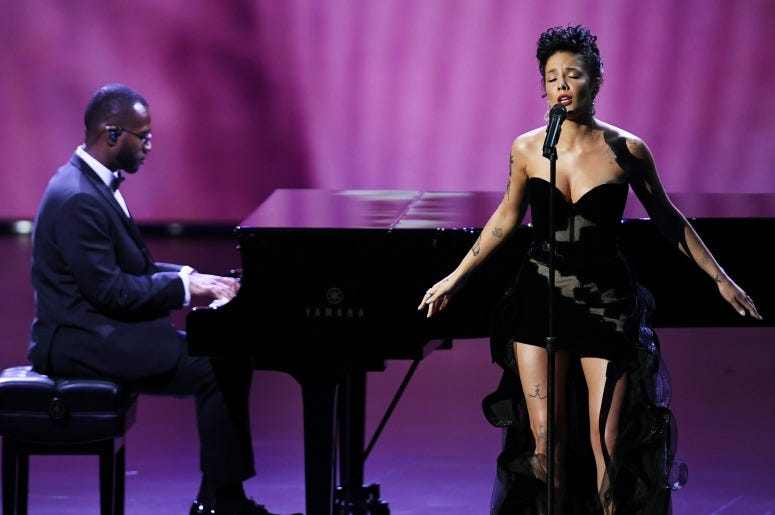 On Sunday night during the 71st Primetime Emmy Awards, Halsey took the stage to pay tribute to those in the television community that are no longer with us, honoring their memory with her version of Cyndi Lauper’s “Time After Time.”

Backed by just a piano, the “Without Me” singer delivered a dynamic take on the classic, breathing sincerity into the verses and climbing through the chorus, as images of stars like Penny Marshall, John Singleton, and Stan Lee appeared behind her.

Earlier this month, Halsey announced that her third album, Manic, will arrive on January 17. Her first album since 2017 will feature the powerful, hard-charging “Nightmare,” and the personal and emotional new song, “Graveyard.”

“There’s a lot of different types of songs on this album so far,” Halsey has told RADIO.COM. “I’m kind of exploring some genres that I’ve never really participated in before. I’m going back to old genres that were really indicative of me at the beginning of my career. But ultimately, everything just seems so conversational. Almost like I'm just sitting here talking to you about what's been on my mind.”

In addition to the album, Halsey has also announced a World Tour, rolling out the first set of dates on Monday morning. The tour begins in February in Europe after a string of festival shows. The Manic World Tour will make stops in Madrid, Milan, Paris, Berlin, and more. You can find the full list of dates here.