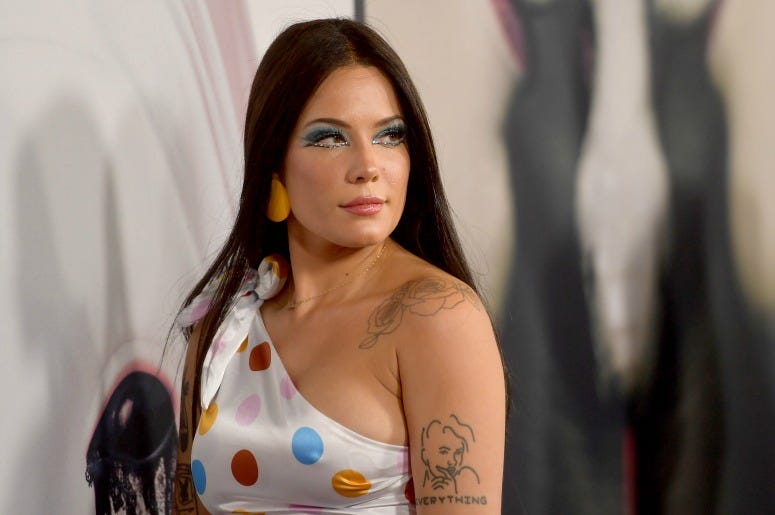 Halsey has serious Halloween energy and we salute this spooky Queen.

This weekend, the “Graveyard” singer stepped out in not one, but two different Halloween costumes, created new couple chatter, and collaborated with Avril Lavigne. And what did you do this weekend?

First to the singer’s annual Halloween party, where Halsey rocked a perfect Marilyn Manson Mechanical Animals outfit, complete with red hair and latex. The GRAMMY-nominated artist got her goth on, along with Evan Peters of American Horror Story, who stood beside her as Violent J from Insane Clown Posse. More on those two in a bit.

Also at the party was Avril Lavigne, who used the “rockstars of the 60s, 70s, 80s & 90s” theme as an excuse to break out her best “Material Girl” threads, being an amazing Madonna for the night. It wasn’t that complicated, she just added pearls and a giant cross to her costume of leather and lace.

Together, Halsey and Lavigne, dressed as Manson and Madonna, covered Avril’s 2007 classic, “Girlfriend.” Fans caught the moment of the two on stage together – a music lover’s fever dream.

One day later, Halsey and Peters would once again dress up, this time in a more traditional couple’s costume, attending an event celebrating the 100th episode of American Horror Story. The two, now confirmed as dating according to several sources, went together as Sonny and Cher. 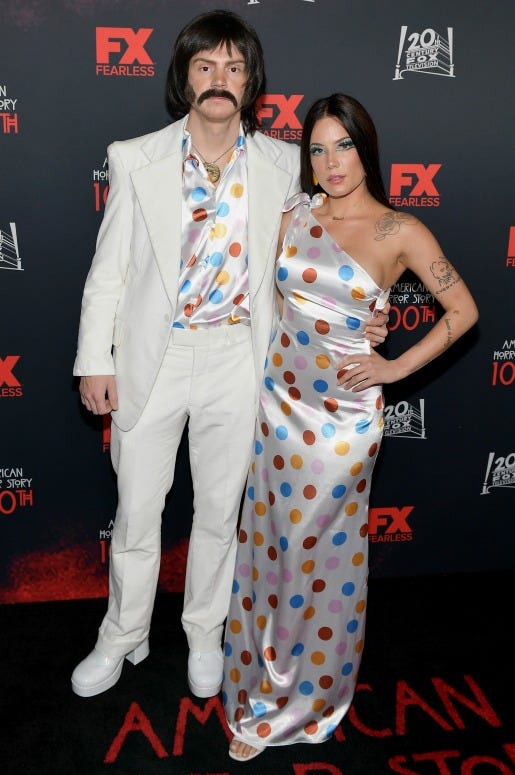 Halsey upcoming third album, Manic, arrives on January 17. It is her first LP since 2017.