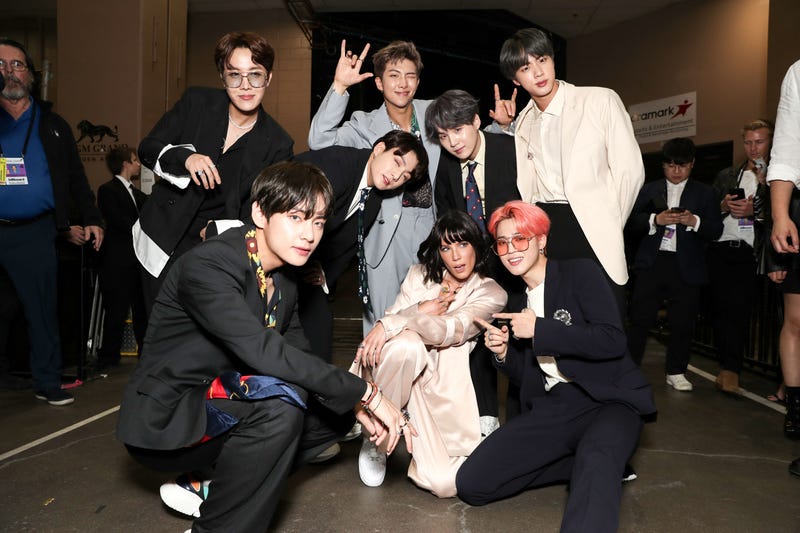 On Wednesday evening, Halsey was amidst the BTS ARMY as the beloved boy band took over Los Angeles’ SoFi Stadium for their Permission To Dance tour.

The “I am not a woman, I’m a god” singer reunited with BTS not only to enjoy their highly anticipated show but to introduce her son, Ender to his “uncle gang.” Taking to Instagram, Halsey shared photos from backstage as she joyful embraced and congratulated the South Korean band and posed with her firstborn.

Rocking low-rise Colina Strada floral cargo pants and having her BTS Army Bomb Light Stick in hand, the singer reminded us just how much she adores the group that gave the world bops like “Dynamite” and “Butter.”

Halsey also shared images of the sold-out venue, where BTS performed for a crowd of over 70,000 fans. In her caption, Halsey noted that she was “beyond words” over the evening. She followed up on Twitter, reflecting on the show, writing, “BTS are the coolest band in the world.”

BTS are the coolest band in the world.

Having just released her latest studio album, If I Can’t Have Love, I Want Power, the singer has been candid about taking time for herself and pausing on making new music. She told NME, “IICHLIWP fulfilled me so much creatively that, truth be told, it's probably going to be a while until I put out an album again.”

She added, “I don't know that I have the energy to jump back in and make a whole other project for a while now – I made a perfect human baby and a perfect album baby and I'm really proud of both of them.”