When we hear the name “Halsey” uttered our minds go far beyond the typical ideals of an American popstar. When Halsey comes up in conversation our brains not only swirl with the eccentric sounds of her most beloved songs but also we are quickly reminded of her unabashed honesty and her fearless activism. The name Halsey carries the weight of a woman who has set out to make the world a better place. For that and so much more, TIME named the 26-year-old one of their Next Generation Leaders.

During her interview with TIME Halsey covers everything from reproductive rights for all women, her relationship with mental health, the Black Lives Matter movement, being biracial, and moving to New York by herself at the age of 17. 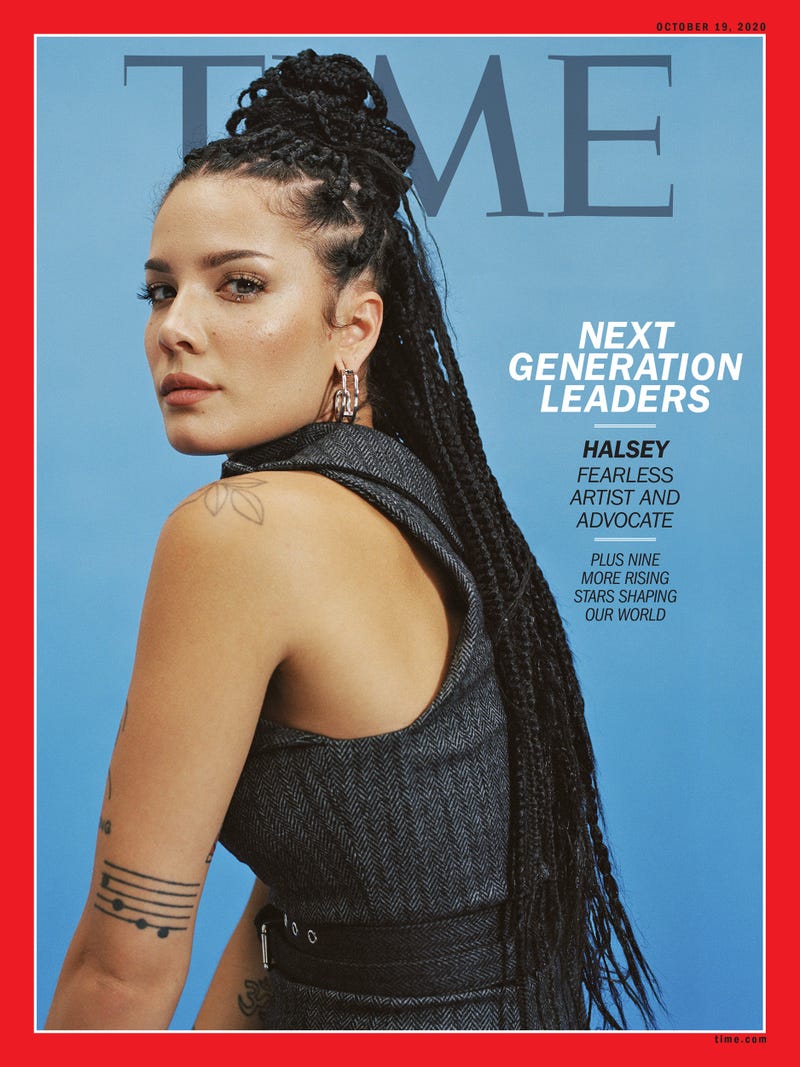 Because she is not touring right now due to the COVID-19 pandemic, Ashley Frangipane has taken it upon herself to speak up and speak out. "You vote for humanity, or you don’t. You vote for a racist or you don’t. That’s the black and white of it to me,” shares the global superstar.

One day before her 26th birthday Halsey sat down with Senator Bernie Sanders to record a conversation about engaging the youth vote. The powerful duo also chatted on Instagram live about America’s widening financial gap and greed.

The “Graveyard” singer also uses her gargantuan platform to preach about the importance of Planned Parenthood. Like so many women around the globe, Halsey has endometriosis, a common women’s health issue that Planned Parenthood provides routine services for. The singer who regularly discusses the benefits of Planned Parenthood is a huge advocate for spreading awareness about access to gynecological exams. She exclaims, “I’m like the Pap-smear fairy!”

Fans connect with Halsey because the singer is consistently candid about her views, her personal stories, her triumphs, and her challenges. The artist has never once shied away from discussing her bisexuality, her biracial identity, or her bipolar disorder. The title of her most recent album, Manic is an homage to her ever-changing mental health journey.

If you have ever been to a Halsey concert, the New Jersey native uses the evening to not only deliver some of the best modern-day pop music to the ears of willing fans, but she also uses the time on stage to free the audience from the feeling of being bothered, oppressed or shut down by the patriarchal powers that be. As explained in her TIME interview, her concerts feel like “festivals of collective catharsis.”

The once seventeen-year-old, who used to couch surf through New York City, took to the streets of Los Angeles this summer to join hands with those marching in The Black Lives Matter protests. “I went to the first protest not knowing what to expect. I came home shot twice with rubber ammunition,” explains Halsey. She adds, “that was a real wake up call for me.” The next time she attended protests she brought medial supplies to help injured protesters, but shares that the experience was also “traumatizing.” Halsey also launched the Black Creators Funding Initiative, where $10,000 grants are awarded to Black artists.

Halsey touches on the fact that she struggled with the idea of removing herself from protests because of the privilege she has for passing as white. She shares, “because being mixed is a nuanced experience, the response is nuanced as well.”

The GRAMMY-nominated artist knows that speaking out and sharing her views in the age of social media and the 24-hour news cycle is not simple. Halsey feels that if she shares the different facets of her identity in the most genuine of ways, she will facilitate a space for our generation that feels like a safe forum to connect. She adamantly shares, “There is no such thing as a perfect activist. Everyone has said something, done something wrong.”