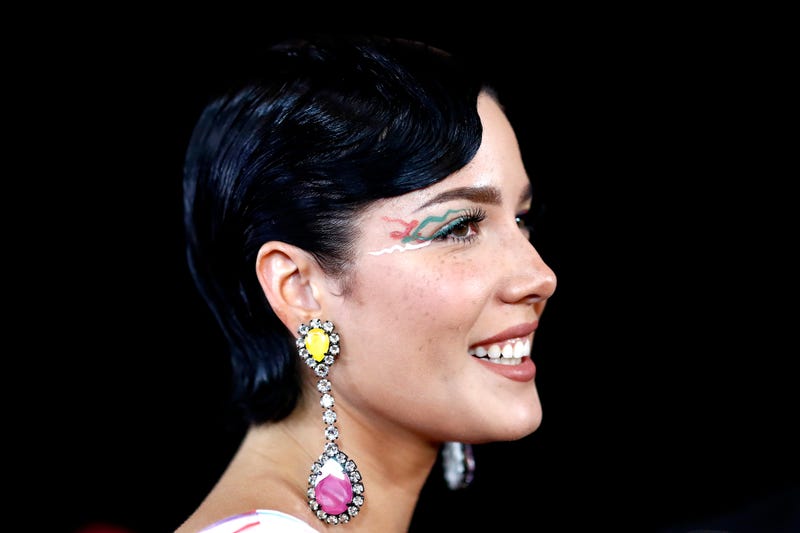 Ok, but the real question is, what can’t Halsey do? The singer behind such anthems as “Graveyard,” and “Without Me” is not only a published poet, an actress, and an illustrator, but she is also uniquely talented with a makeup brush.

The artist who is known for doing her own makeup and special effects looks is finally giving us the essential products and whimsical inspiration needed to channel a bit of Ms. Frangipane every time we swipe a felt tip liner over our eyelids or douse our cheeks in highlighter. She is self-taught and accomplished many of her most defining looks before taking the stage, before filming music videos, walking a red carpet, or shooting the images for her album covers. The singer is also known for the glorious and detailed looks she dons on Instagram every Halloween.

"Makeup is an art and art is about happy accidents, not any one ideal of perfection,” shares the “You should be sad” singer. She adds, “I always feel the most free when I am creating looks without following any rules. The beauty industry has norms, but I want to encourage people to challenge those standards and allow things to be imperfect and fun."

Halsey’s About-face line is borderless, tools and products that give you a "Make-u(p) without rules" sensation. The singer says that the new line possesses a "very '90s-heavy, very Myspace scene queen, very emo revival" mood during an interview with Byrdie.

About-face is a “triple entendre” Halsey reveals in the interview. The name literally means to go in the opposite direction, stands for the initials of her real name, Ashley Frangipane, and the “AF” also is an abbreviation for “as f***.”

Halsey views her face as a canvas, literally painting her entire body during a performance at the 2019 American Music Awards. Now, with her new line, makeup lovers and fans alike can join in on the vivid and vibrant world Halsey often wears on her face.

I promise you will see yourself in here. There’s so much more to come and it’s all for you. For every single unique face I’ve had the pleasure of singing to from the stage for half a decade ✨ to not be inspired would be impossible.

Halsey’s brand is yet another stepping stone hoping to remove deep-seated stigmas rooted in the industry of beauty. As About-face emerges alongside brands that are also looking to break down beauty standards, like Rihanna’s Fenty Beauty and Lady Gaga’s Haus Labs, it seems that hope and highlighter are on the horizon.