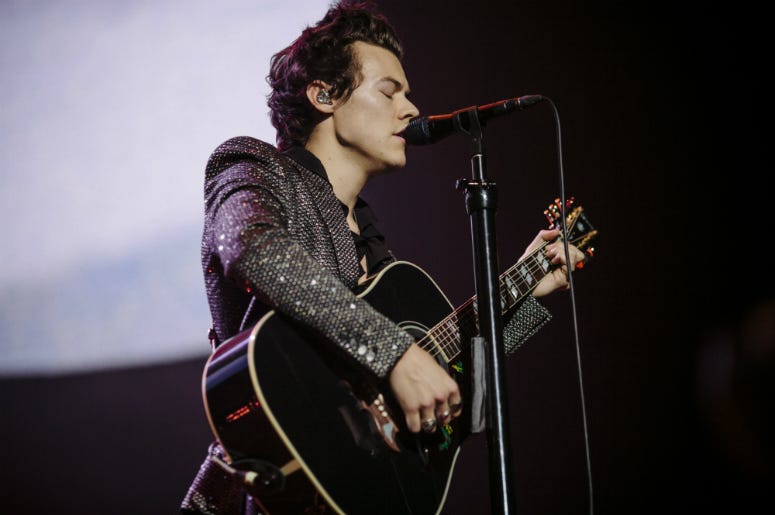 Harry Styles is in it for the long haul. The “Lights Up” singer will travel the world in 2020 to promote his highly-anticipated sophomore album Fine Line.

Styles announced a world tour that kicks off in his native UK in April before heading to North America. Jenny Lewis will open the shows on dates in the U.S. and Canada. Tickets go on sale to the general public on November 22nd.

Styles is getting ready to pull double-duty as host and musical guest on “Saturday Night Live” this weekend, and Fine Line will be released on December 13th. It’s just the kind of uplifting news fans need as they mark the fourth anniversary of the release of Made in the A.M. – the most recent One Direction album.

We wouldn’t be surprised to see a performance of “Lights Up” on “SNL.” The single was the first preview of Fine Line, which the 25-year-old told Rolling Stone is about “having sex and feeling sad.”