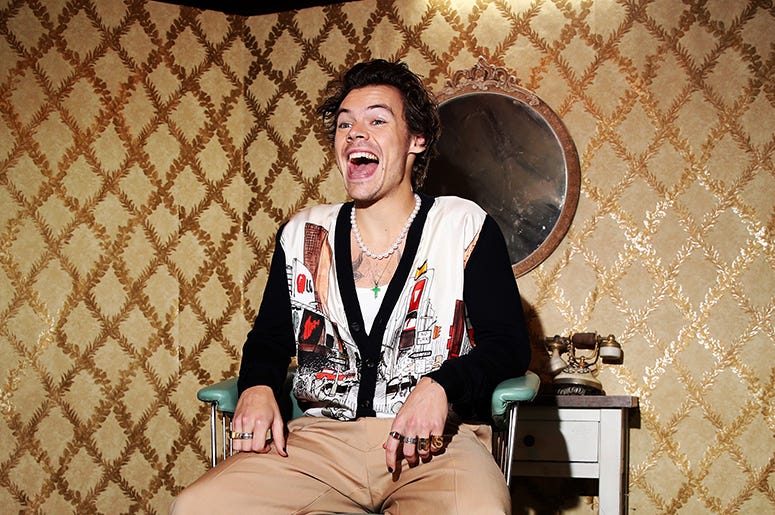 A Harry Styles fan got the surprise of a lifetime after the singer himself had some car trouble and was taken into her home by her father's friend as he awaited assistance. But here's the catch... she wasn't home at the time!

The fan, named Theadora, revealed photos on her Instagram that proved beyond a doubt that Harry was actually in her house, fed her fish, drank some tea, and hung out with her dad. He graciously left her a few of notes on the refrigerator, and even signed her copy of his latest album, Fine Line.

The story was widely shared by a Styles fan account...

IG || “Just came home and found out who was house sitting... 😶” (©️theadoraaaaaaaa) pic.twitter.com/Et14ddcU5r

The note Styles left on the fridge said, "Theadora, my car broke down on your street and your dad's friend kindly let me wait at your house with a cup of tea. I'm devastated that we missed each other. Looking forward to meeting you soon. Treat people with kindness. All my love, Harry. P.S. I fed the fish." Harry capped it off with, "Tell your dad to get in touch and I'll see you at a show."

Incredible, but also, devastating. We can't imagine the feelings that Theadora went through when she found out the news. We can be certain though that she will be taking that fridge with her when she eventually moves out of the house. That one's a keeper!

Although Theadora's Instagram account is private, there's an adorable message in her bio that says the name of the fish is in fact, "Harry." Of course it is.

Styles recently made news by throwing his support behind Democratic presidential candidate Joe Biden in the upcoming U.S. election. Acknowledging that as a British citizen he can not actually vote, he Tweeted to his followers, "If I could vote in America, I’d vote with kindness,” a reference to his slogan "Treat People with Kindness" from his second album, Fine Line. 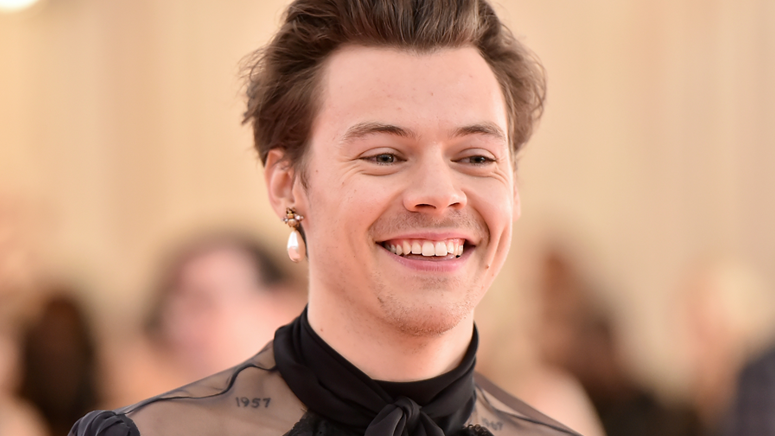 Harry Styles supports Joe Biden on Twitter, wishing he could 'vote with kindness'