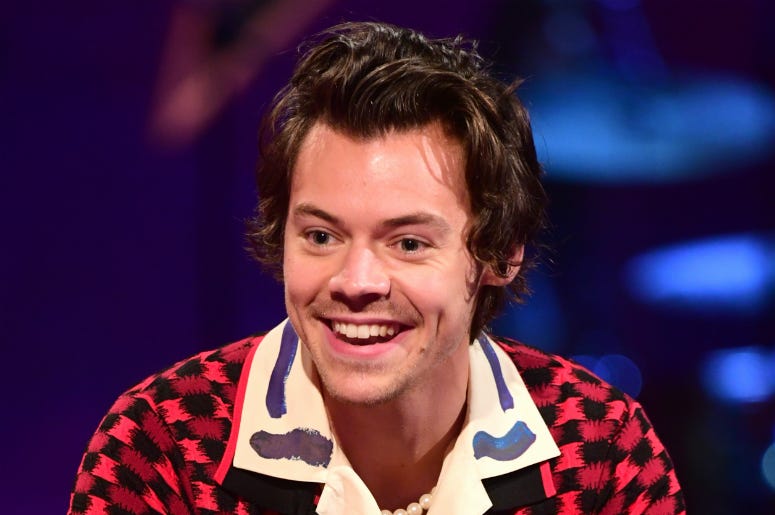 Harry Styles is making himself at home on “The Late Late Show.” A day after stepping in as fill-in host, he stepped out onto Beverly Boulevard for a crosswalk concert.

But it took some prodding from James Corden. Styles wasn’t initially thrilled with the idea of quick performances in between green lights, but Corden pointed out that if it was good enough for The Beatles - with their kind of crosswalk concert for the cover of Abbey Road - then Styles should give it a shot.

“You’re always saying that you’re better than the Beatles,” Corden joked. “This is your chance to prove it.” Styles pointed out that “I’ve literally never said that.” 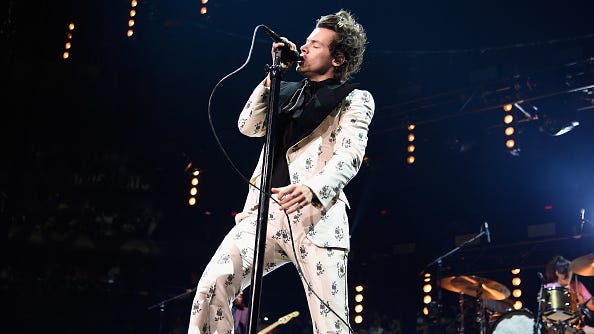 It was controlled chaos once the performances of "Kiwi," "Lights Up," "Watermelon Sugar" and "Sign of the Times" started on a chilly, rainy LA day. Band members and dancers scurried onto and off of the crosswalk outside CBS studios every time the light changed as bemused motorists took it all in.

“That was amazing. Can’t believe I ever doubted James,” Styles conceded. “It’s a fine line between insanity and genius, but I am beginning to thing James just might be a genius.”

Styles quickly began to reconsider again as dancers in watermelon costumes were added to the mix and the whole gang left him literally hanging above the street.

Things were a lot calmer indoors for Styles when he hosted for Corden the prior night, although he was put on the spot by Kendall Jenner.

Styles also recently reached out to RADIO.COM to celebrate the release of his new single “Adore You.” It’s the latest preview of his sophomore album, Fine Line, arriving everywhere on December 13.