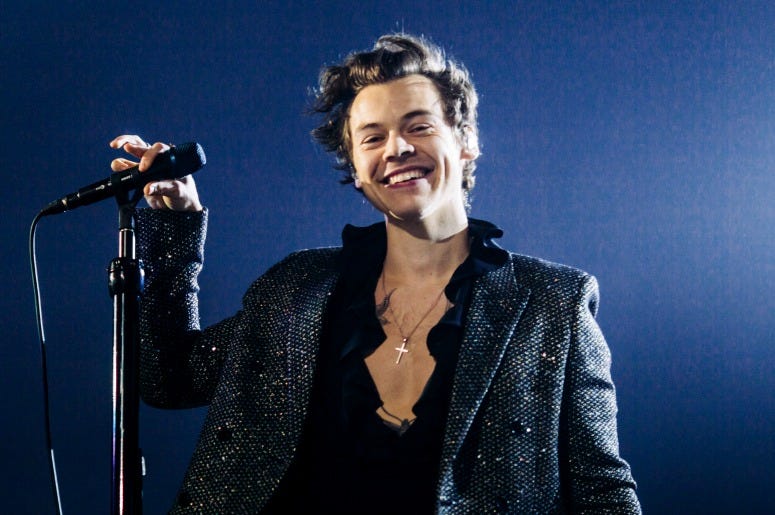 Are you ready for Styles season?

Harry Styles has revealed a released date for his upcoming sophomore solo album, Fine Line. The follow-up to 2017’s self-titled debut is set to arrive on December 13.

Last month, Harry premiered the first sample of the LP with “Lights Up,” an atmospheric anthem that he has said represents freedom, self-reflection, and self-discovery. We will likely get another peak into Fine Line when Styles is the host and musical guest for Saturday Night Live on November 16.

Earlier this year, Harry shared that his upcoming album would be about “having sex and feeling sad,” a more revealing look into the life of the One Direction singer. "I’m discovering how much better it makes me feel to be open with friends. Feeling that vulnerability, rather than holding everything in,” he explained to Rolling Stone. “I will tell you that I can be really pathetic when I’m jealous. Feeling happier than I’ve ever been, sadder than I’ve ever been, feeling sorry for myself, being mad at myself, being petty and pitiful — it feels really different to share that.”

In the same interview, Styles hinted at a psychedelic influence for Fine Line, revealing that he did mushrooms while recording in Malibu.

“We’d do mushrooms, lie down on the grass, and listen to Paul McCartney’s Ram in the sunshine,” he explained. “This is where I was standing when we were doing mushrooms and I bit off the tip of my tongue. So I was trying to sing with all this blood gushing out of my mouth. So many fond memories, this place.”

Blood and all, Fine Line arrives everywhere on December 13.