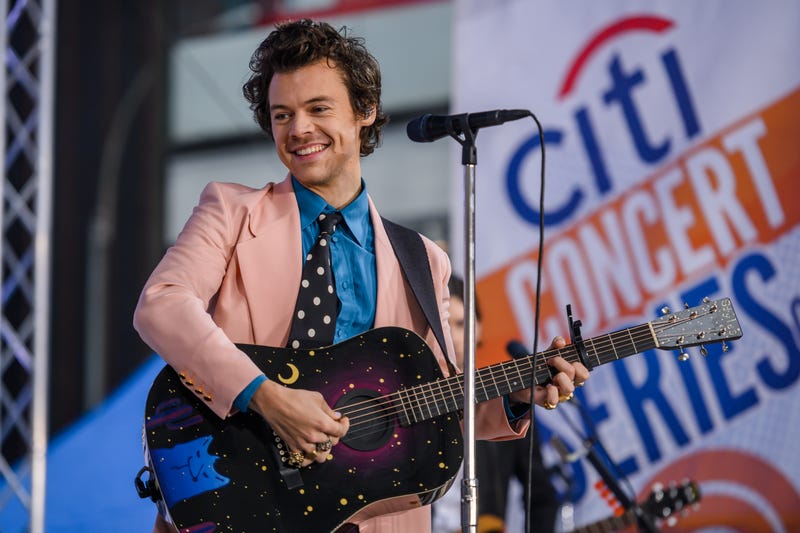 After the release of his sophomore album, Fine Line one might say Harry Styles is in his “Golden” era. Styles’ album, which is has a retro, yet quirky flare, is a listening moment filled with Harry’s nonchalant British, rock-influenced charm. Now the music video for “Golden” is here and we get to peer into another side of the vastly versatile pop star.

Just a few days before the initial release of the music video, Styles shared a mysterious teaser for the upcoming visual piece. As we see a shot of Harry running through a tunnel, a date in bright yellow font flashed the date, October 26 on the screen.

Well, the time has come, and all we can say is that watching Harry Styles run through an Italian coastal town in a perfect white linen shirt and shorts while singing out the lyrics of “Golden” was something we never knew would make us feel whole again.

The visual piece is simple but beautiful and shows us a more contemplative Harry, but in true Styles style, the superstar’s quirky flare still shines through as we get glimpses of Harry’s painted nails or quick cuts to the singer dancing around in a 70's inspired powder blue suit jacket and flared plaid pants.

Clearly, Harry’s object of affection, who is the focal point behind the lyrics of “Golden” has the artist turning inward to reflect on how much he needs this person in his life. From dramatic running shots, to shots of Styles singing to his literal reflection in a golden pool of water, to Harry singing to random strangers in a car - the person who has inspired “Golden” has Harry showing us what it means when he’s “going out of my head.”

As if he couldn’t be giving us enough, when Harry isn’t shooting stunning music videos, the artist has been using his time to invest in a state-of-the-art music venue located in his home town, Manchester.

The new venue is named “Co-op Live” and Styles will also be involved in consulting on the project as the venue is being built.

In a press release about “Co-op Live,” Harry excitedly shared, “Manchester is an incredible city, filled with incredible people, and I couldn’t be happier being involved in this project. It very much feels like coming home. … I was drawn to this project on every level, from the opportunities it brings to the contribution it will make to the city, and most importantly, that it will allow even more live music to thrive in Manchester. It’s just another sign that this amazing city continues to grow.”