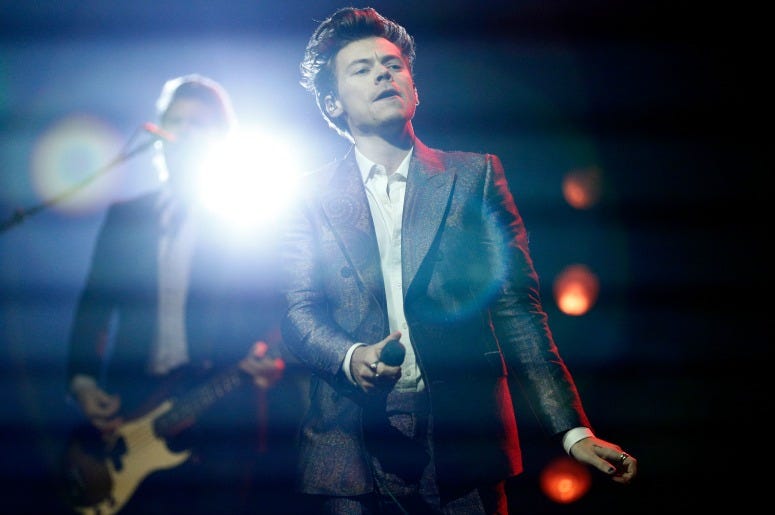 Ariel is still looking for her Prince Eric, as Harry Styles has reportedly passed on the role in the upcoming live-action edition of The Little Mermaid.

According to Variety, Styles made the decision to pass on the part and the studio is already considering other options. This news is directly conflicting an earlier report from DisInsider, which confirmed Styles for the role and sent the internet into a panic Tuesday afternoon.

Two major theater chains were forced to delete tweets announcing Styles being in the film, as others followed speculation and waited for confirmation.

Halle Bailey previously was announced to be playing Ariel in the new version of the 1989 classic, with Awkwafina and Jacob Tremblay also starring in the film. Original composer Alan Menken is remastering the film’s score for the update, as well as writing new songs with Lin-Manuel Miranda.

The casting of Styles as Prince Eric has been rumored for the past month, as has talk of Melissa McCarthy playing the villain Ursula. There also has been a fan campaign for “Truth Hurts” singer Lizzo to take on the role, after appearing as Ursula in an earlier Instagram post.

The Little Mermaid will be directed by Rob Marshall and is expected to begin production in January.

In addition to the updated theatrical version of the film, there will also be a Little Mermaid musical happening live on ABC in November. Queen Latifah will be playing Ursula in the televised version, while Shaggy will be playing the part of Sebastian the crab.

The Little Mermaid Live! will feature music from the original film and from the Broadway stage production, airing this November 5 on ABC.