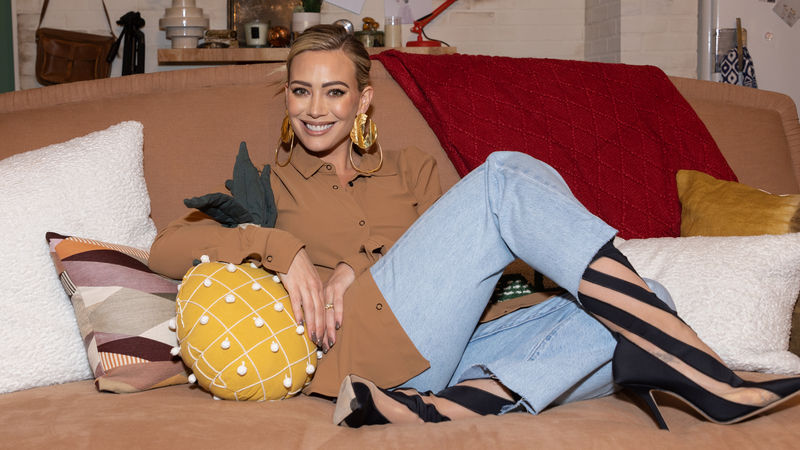 Gracing the May-June cover of Women’s Health, Hilary Duff beautifully bares it all. Proving that despite a canceled reboot, Lizzie McGuire’s all grown up, and definitely no longer stuffing her bra.

Throw it back to the simpler times of the early '00s, listen to The Millennium now on Audacy

After entering the scene as a child star on Disney channel's Lizzie McGuire and spending years identified as family-friendly with roles in Cheaper by the Dozen and A Cinderella Story, Duff made moves to somewhat shed her good girl image by going brunette and dating Good Charlotte’s Joel Madden. Eventually stepping back from the heavy spotlight, for more of a soft glimmer to take on a different roll — motherhood.

After making her TV comeback in 2015 with Younger, which lasted 7 seasons, Hilary attempted to revive everyone’s favorite every-girl underdog Lizzie McGuire with a reboot of sorts on Disney+. That as we know, didn’t quite work out, but it's all good, cause Duff made other plans. Signing on to play Sophie in the How I Met Your Mother spin-off HIMYF, which she locked btw, while eight months pregnant. To her surprise, bringing up sneaky stigmas she thought she’d left in the past.

As she told WH, “because of my career path, I can’t help but be like, ‘I am on camera and actresses are skinny,’” Duff admitted. confessing that she struggled with an eating disorder when she was 17, which she describe as “horrifying.”

But now, “I think that, at 34, I have just gained a lot of respect for my body,” Hilary noted. “It’s taken me all the places I need to go. It’s helped me build a beautiful family. I feel like the older I get, the more confident I get in my own skin . . . I’m really just fascinated by 1: being a woman. And 2: all the changes that your body can go through throughout your lifetime.”

Loving her body just as it is, Duff deliberately decided to bare all for Women’s Health, saying, “I’m proud of my body. I’m proud that it’s produced three children for me. I’ve gotten to a place of being peaceful with the changes my body has gone through.” But also made sure to point out that she wanted “people to know a makeup artist was there putting glow all over my body and someone put me in the most flattering position.”

As for when she finally reached acceptance and peace with her body, Hilary considered and revealed it was “perhaps after having Banks.” Admitting, “I didn’t even know if I was going to have the opportunity to have another child,” after her divorce to Mike Comrie, whom she had her first born Luca with.

“So, being a mom again, maybe,” Hilary said, now married to Matthew Koma, with whom she shares daughters Banks and Mae. “It was a whole mix of things, of being settled and realizing that I’m powerful and talented and smart. All mental things.”