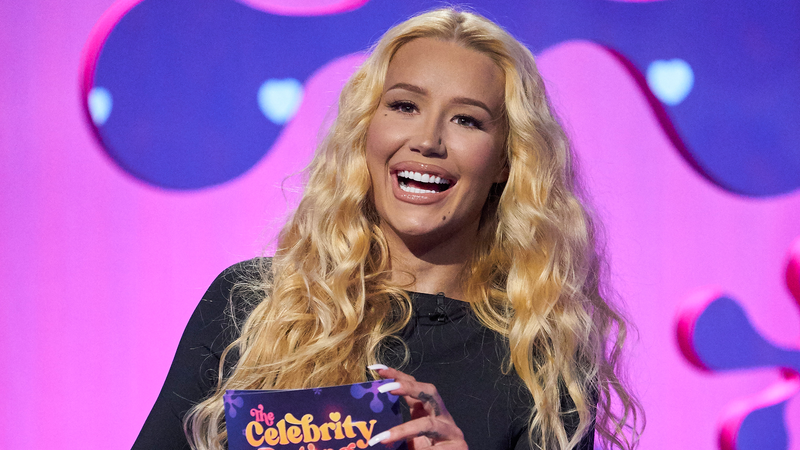 No shade here, but it’s no secret Iggy Azalea hasn’t had the best luck when it comes to her love life. So after her latest split with Playboi Carti, it seems she’s adjusted her methods to get back in the dating game, opting for a reality tv game show- because, why not.

As a reboot, the objective of the game should be familiar, but nonetheless goes as follows, a suitor is paired with one of 3 eligible bachelors or bachelorettes who hide behind walls or curtains answering questions and it’s called The Celebrity Dating Game and is hosted by Zooey Deschanel and Michael Bolton.

A post shared by The Celebrity Dating Game (@datinggameabc)

On Monday's episode, Iggy asked 3 "ordinary" men multiple questions, conjuring up responses like wanting to recreate a Titanic scene, and member sizes, etc. And after the questioning was complete, Iggy insisted she loved a couple of things about each of these men, however there were things she found problematic as well. In the end, after all the cringe-worthy answers from all three contestants, Korey Davis, Eddie Williams and the ultimate winner, Iggy made her final decision.

A post shared by The Celebrity Dating Game (@datinggameabc)

Despite his voice sounding “like someone who would help her do her taxes,” she ended up choosing a dude named Shaughn Adamski, who actually happens to be Lizzo's stage manager. Peep him on the top right, one person away from the flute Queen herself, in his IG post below.

So how did the date turn out? Did they hit it off? Could Azalea and Adamski still be together today? Well seeing as Iggy and her baby daddy, Carti, had a nasty, public breakup just 6 short months ago and there is no presence of Shaughn on any of her social media accounts, we’re gonna go with not well or no for all of the above. Still it's kinda cool to think a normal-ish guy or girl could shoot his or her shot with a celeb. Actually… where do we sign up?