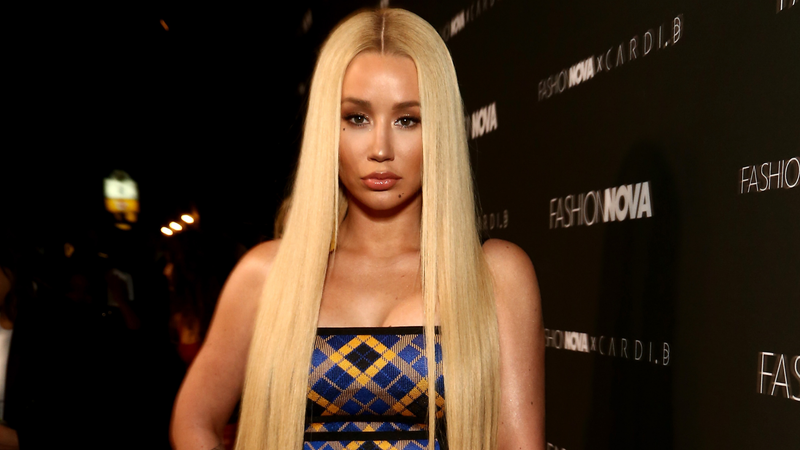 Iggy Azalea has officially announced that she's stepping back from music after a case of Blackfishing.

Blackfishing is a term coined by journalist Wanna Thompson and is defined as such. "Blackfishing is when White public figures, influencers and the like do everything in their power to appear Black. Whether that means to tan their skin excessively in an attempt to achieve ambiguity, and wear hairstyles and clothing trends that have been pioneered by Black women," Thompson explained to CNN.

In the visual for Azalea's latest single, "I Am The Stripclub," the Australian native is seen with a significant darker tone and immediately got called out for Blackfishing. The rapper responded to the allegations with a solid IDGAF stance. "I’m the same color as I always am, just in a dimly lit room with red lights. It’s the same makeup from every other part of the video just with a Smokey eye and different wig. Just ignore them, who cares? Let em talk," she tweeted.

However, now it appears that the rapper is bowing out of the spotlight for the next "few years." After her forthcoming third album, End of an Era, she will be "shifting [her] energy." She tweeted, "End of an Era is so special to me because after I drop my album next month I am going to take a few years to focus on other creative projects and things I’m feeling passionate and inspired by, beyond music. I’m excited for you guys to see different sides to me in the future."

Azalea continued to express that the break will be about focusing on what she's "most excited" about. To her fans, she wrote, "I hope you’ll continue to support whatever creative projects I’m out here doing! I really love this album and I just want my fans to enjoy this with me. I hope I see so many of you on tour!"

Shifting my energy and focus to what I’m most excited about is what is right for me and I hope you’ll continue to support whatever creative projects I’m out here doing!
I really love this album and I just want my fans to enjoy this with me. I hope I see so many of you on tour!

She didn't explicitly state the "cancel culture" attempt was linked to her upcoming break, but it did raise a few eyebrows with fans.