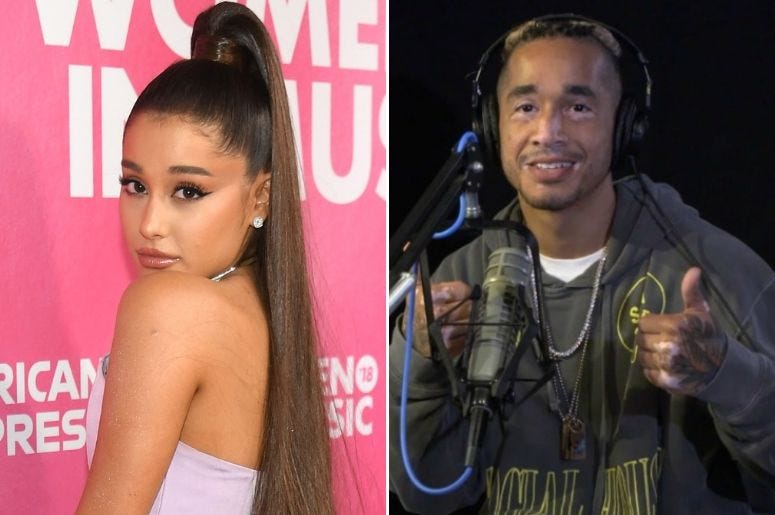 “But we be so smitten it’s crazy”

US Weekly reports that Ariana Grande has made the most of her trip to Chicago for Lollapalooza. The Sweetener singer has been spotted out at the same Italian restaurant twice, both times appearing very close with Social House singer Mikey Foster.

According to US Weekly, the two arrived separately to Siena Tavern, but sources claim they were seen “holding hands.”

Foster and his Social House partner Scootie Anderson have been longtime collaborators with Grande, helping to write and produce several songs on the star’s last album, including “7 rings” and “thank u, next.” Last week they stepped into the spotlight, joining Grande on her new song, “boyfriend.”

Grande also released a look at the making of her “boyfriend” video on Monday. “My mom, I have to ask her to leave” she smiles as they discuss the pair’s make out scene for the video. “I begged her to come here. I told her it would be so fun.”

In addition to working behind-the-scenes with Ariana, Social House have been serving as the opening act for her Sweetener World Tour.

Before the release of “boyfriend”, Grande shed some light on the song which she sings with Foster.

“People want to feel love but don’t want to define their relationship, and have trouble fully committing or trusting or allowing themselves to fully love someone, even though they want to” she wrote on Twitter. “We wanted to make something uplifting that captures that feeling of being afraid to take the leap and trust, being afraid of being hurt or feeling like you won’t be enough for that person, but also how it feels to have a crippling crush on someone.”

WATCH MORE: Social House Takes Us Back to the Day They Created "7 Rings" With Ariana Grande

Both Grande and Foster will be heading to Europe later this month to continue the Sweetener World Tour. You can find the full list of dates here.