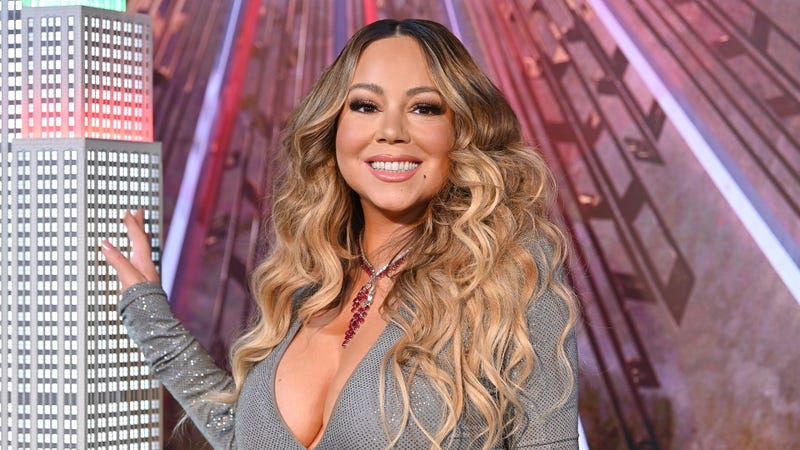 The official and beatified Queen of Christmas, Mariah Carey, has kicked off the holiday season with a bang, joining Kirk Franklin, Khalid, and Zane Lowe in a brand new special, Mariah’s Christmas: The Magic Continues, streaming now on Apple TV+.

Listen to your favorite music now on Audacy and check out our all-new exclusive stations curated for fans, by fans like Mariah Carey Radio

The new special, which dropped on Friday, sees Mariah follow up her original Magical Christmas with a fresh blast of holiday cheer, and also performs her brand new holiday single, “Fall In Love At Christmas,” with Kirk Franklin, and Khalid.

Carey appears in the new program decked out in a golden, floor-length Dolce & Gabbana dress with a train that seems to go on for miles. She recently told Vogue magazine, that the dress weighed a whopping 60 pounds, and took 250 hours to bead. "The beading is not your average beading. The stones themselves were gigantic, but they still looked beautiful and shined," she explained. "It was magnificent, but it hurt like a mother to wear it."

Carey even says the vintage-inspired gown, styled by DiAndre Tristan, required a team of six men to help carry just the sprawling train, in order for her to make it to the stage for her performance. "Everybody was like, 'Oh, she's exaggerating,' until they held it for two seconds," she adds. "It went with the backdrop of New York and the Chrysler Building. It has a bronze, gold, copper feel that's very festive, but not in your face," the singer told Vogue. "I live for all the traditional Christmas colors — the reds, greens, whites, and silvers — but this was different."

Watch Mariah, Kirk, and Khalid's new music video for “Fall In Love At Christmas" below, and stream Mariah’s Christmas: The Magic Continues now on Apple TV +.

“This holiday season, you’re not getting the Mariah meal. You’re getting the Mariah Menu, and it’s free,” she says in the clip. Soundtracked by her holiday anthem "All I Want For Christmas Is You," Mariah then smiles at the camera while dipping a chicken nugget into BBQ sauce for what looks like her very first time. Watch below, and participate between December 13 - 24.

As we get set for the 2021 holiday season, Audacy is here to offer you tons of Holiday exclusive stations that will make your gatherings extra jolly and festive… and of course, Mariah’s beloved holiday singles can be heard on many! 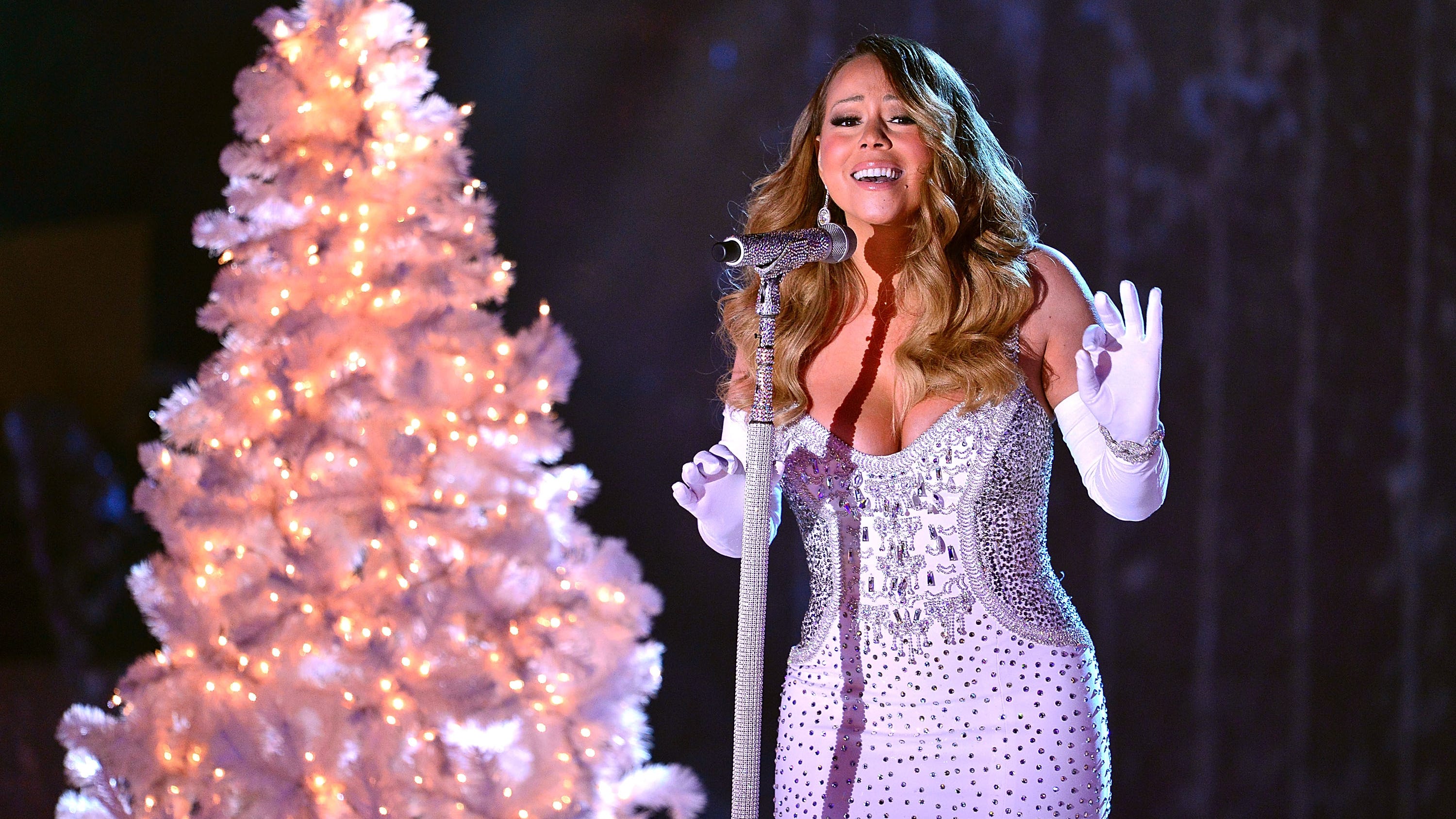 9 times Mariah has proved she is the reigning Christmas queen

Listen to even more of your favorite music on Audacy's exclusive stations like '90s Crush, Let's Get Social, Women of Hip Hop, Collabornation, and so much more!