What started as a conversation about body positivity, took a turn for fitness star Jillian Michaels on Wednesday.

During an appearance on Buzzfeed News’ AM to DM, The Biggest Loser trainer was asked about celebrities like Lizzo who are serving up images of bodies that aren’t normally celebrated. Michaels took it as an opportunity to warn against all the adulation. 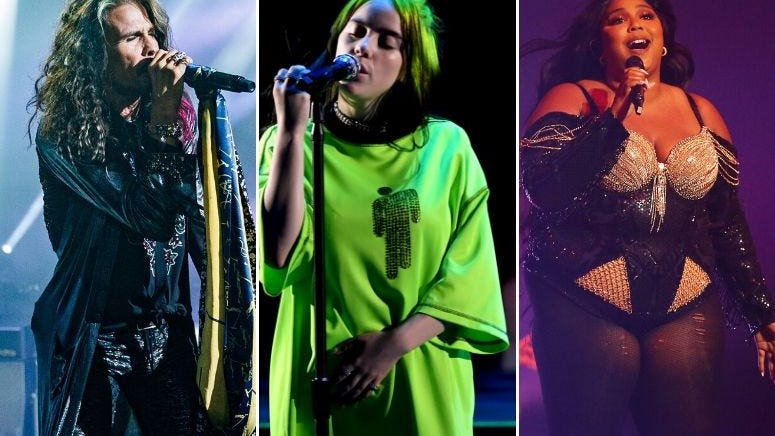 Aerosmith, Billie Eilish, and Lizzo Performing at the 2020 GRAMMY Awards

“I love her music, my kid loves her music, but there’s never a moment where I’m like, ‘and I’m so glad she’s overweight.’ Why do we care? Why is it my job to care about her weight?”

The backlash was immediate, with 2.6 million views of the clip on Twitter alone. It sparked a debate about health and wellness, with several commenters defending Lizzo and calling Michaels out for “fat shaming.” After a few hours of heat online, Michaels released a statement.

“As I’ve stated repeatedly, we are all beautiful, worthy, and equally deserving,” she wrote in a post. “I also feel strongly that we love ourselves enough to acknowledge there are serious health consequences that come with obesity - heart disease, diabetes, cancer to name only a few.”

“I would never wish these for ANYONE and I would hope we prioritize our health because we LOVE ourselves and our bodies,” Michaels concluded.

Earlier this week Lizzo announced that she was leaving Twitter, after dealing with too much negativity.