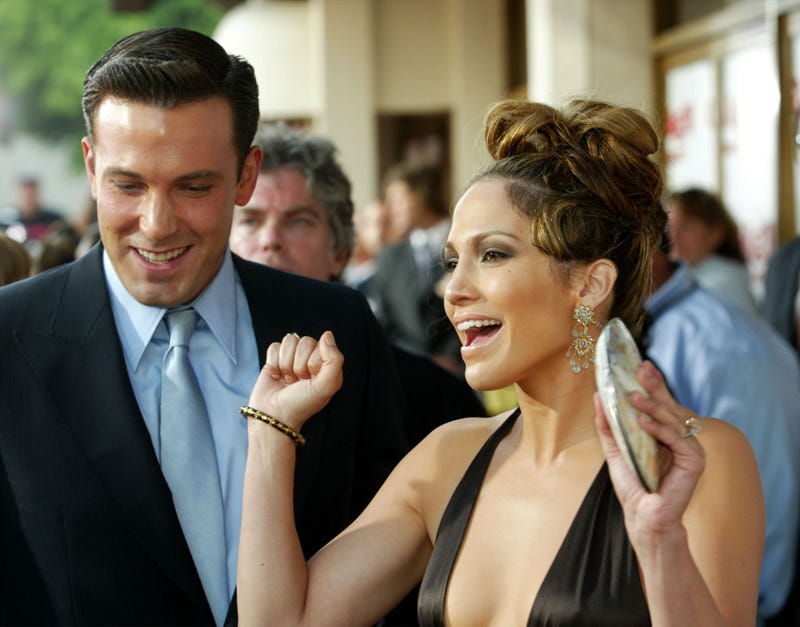 Jennifer Lopez and Ben Affleck have sealed the rumors with a kiss!

The couple was seen at a restaurant in Malibu over the weekend celebrating the 50th birthday of JLo’ sister, and let’s just say their PDA left little to be questioned. In photos obtained by PageSix, the couple was caught locking lips with Jen’s hand on Affleck’s cheek.

The kiss came only days after Affleck was reported in Las Vegas, working on a movie and reuniting with JLo’s mom, Guadalupe Rodriguez. Affleck was seen catching up with Rodriguez between takes.

This isn’t the first go around for the couple who was previously engaged for two years in the early 2000s. After the split, Lopez went on to marry Marc Anthony, who she shares twins, Max and Emme with. Affleck married actress Jennifer Garner, who he shares three kids with.

Rumors of the power couple’s rekindled romance spread like wildfire after JLo called off her engagement to baseball star, Alex Rodriguez in April.

The couple, lovingly referred to as “Bennifer,” (Bennifer 2.0 this time around) first got fans’ hopes up after they were reported spending time together in Montana and Los Angeles. Speculation only grew after they were photographed at a gym together in Miami, where witnesses said they were caught “kissing between sets.” After the documented lip lock this weekend, we think it’s pretty safe to say speculations were right on… Bennifer is back!