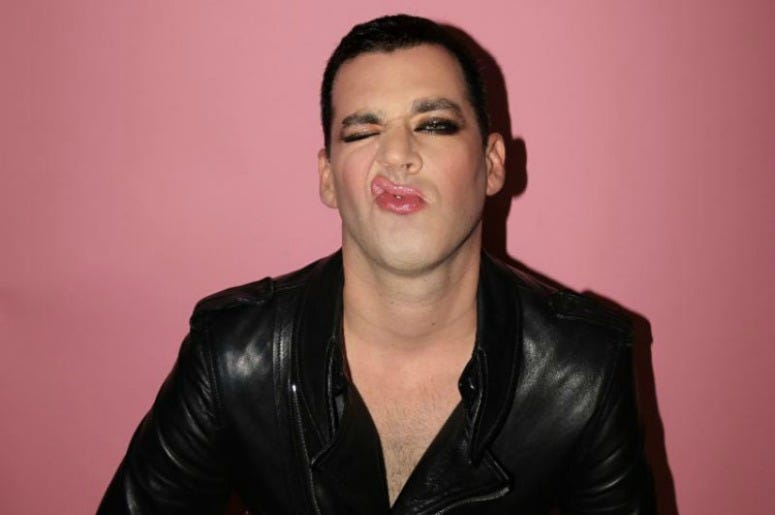 We knew Linda Belcher was down to dance, but who knew it could be this dangerous.

John Roberts, is the voice of the fun-loving matriarch on Bob’s Burgers, and he is set to deliver his debut EP on Friday July 26. The self-titled collection features three grimy disco bangers that offer a hat tip to another era, slapped with some fresh swagger and modern muscle. It’s built with an undercurrent of danger and Roberts’ bold voice blasting through.

The EP is very much a collaboration with Big Black Delta, also known as musician Jonathan Bates. The two worked together to build this new sonic landscape for Roberts to explore. However, Debbie Harry of Blondie might be the real hero who helped things to happen.

Music from Roberts' first band Opti-Grab was passed along to the iconic band leader, and the group was asked to open for Blondie for a few shows. "That kind of opened up the doors to a working relationship and a personal relationship with her. She's just a very cool person" explains Roberts. "To have her support really means the world to me."

Roberts would go on to be featured on Blondie's 2017 album Pollinator. "Just a really cool human being," he continues praising Harry. "Just a nice person to know."

With renewed musical aspirations from the work with Blondie, Roberts would eventually link up with Big Black Delta, and start writing a new chapter for himself. "He's got a dark kind of edge to him" he says of the producer who helped craft the EP, and continues to record with Roberts. "We wanted something kind of dangerous and sexy, but a little punk too."

"I really love that about the tracks is that they're retro but they're also very fresh sounding and updated. I think my vocals sound different than anyone that's out there right now, so that feels good too. It's nice to do something that's unique to me and from my heart."

The plan for Roberts is to continuing writing and recording, releasing music and to keep rolling through videos and visual art performances. It's another side of the Emmy Award-nominated actor from Bob's Burgers, which starts their 10th season in September.

"I think they're evolving so much" Roberts says of the music on the show, which he also helps write and sing. "The Thanksgiving song - which I improvised - that's really fun because it's a holiday song, so it comes back every year.
People really get into it."

"I don't know, there's so many good ones" Roberts exclaims when pushed to pick a favorite. "They're really smart at writing the lyrics. There's almost a weird Frank Zappa vibe to the sound, to Loren's sound. Loren Bouchard is very into music and he's got the studio within where we work and stuff. They're constantly pumping out stuff."

The self-titled EP from John Roberts is available everywhere on July 26, and John thinks that it would be Linda Belcher approved. "Linda loves to dance" he says. "She'd probably put it on the jukebox down at Pickles. "

You can check out the full interview with John Roberts above.