After kicking off the GRAMMY Awards in 2019, Camila Cabello is returning to the stage for the 2020 edition of the show. The “Señorita” singer has been announced as one of several new performers for music’s biggest night, joining previously announced artists Ariana Grande, Lizzo, and Billie Eilish.

The Jonas Brothers are nominated for Best Pop Duo/Group Performance for “Sucker” and they’ll also be taking the stage for a performance. It’s the trio’s first nomination since Best New Artist over a decade ago. 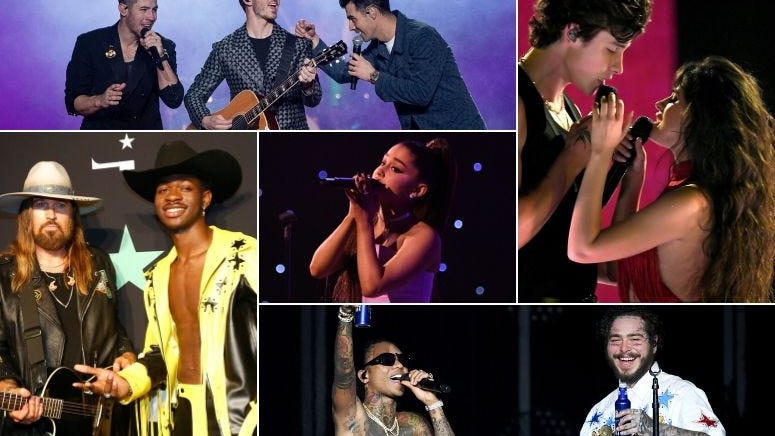 H.E.R. won twice at last year’s GRAMMYs, and will return for a performance on January 26. The R&B star is nominated for 5 awards this time around.

Also announced as performers this week are Rosalía, Tyler, The Creator, and Bonnie Raitt.

Demi Lovato will return to the stage for the first time since 2018, and RUN-DMC will join Aerosmith during their career-spanning performance.

The 62nd Annual GRAMMY Awards are hosted by Alicia Keys, live from Los Angeles on Sunday January 26 at 8PM ET on CBS.