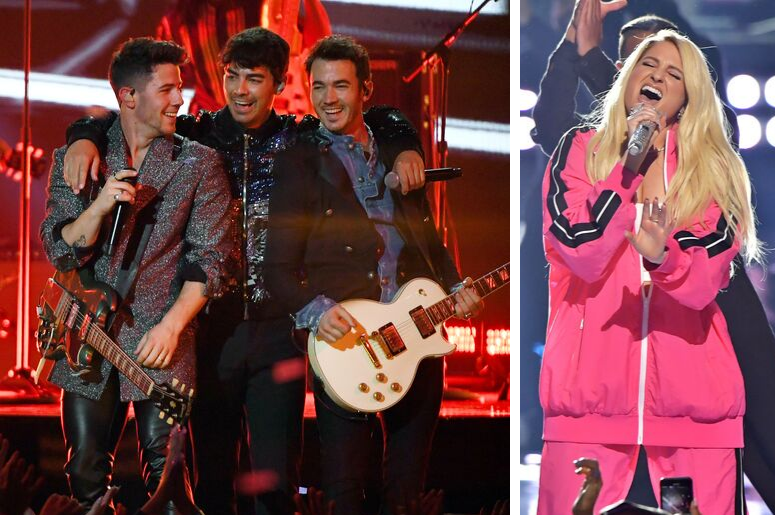 It’s been 25 years since Ross, Chandler, Joey, Monica, Rachel and Phoebe first got together for coffee at the Central Perk, and some of today’s biggest stars are paying tribute to “Friends” on the iconic TV show’s anniversary.

The Jonas Brothers did an elaborate recreation of the opening segment, repurposing the video for their comeback single “Sucker.” Nick, Joe and Kevin join wives Priyanka Chopra, Sophie Turner and Danielle Jonas for a fun run around a castle, all against the backdrop of “Friends” theme song “I’ll Be There For You.” Each Jonas Brother and their wives get a “Friends”-style credit on the screen.

The group posted the results on Instagram with the caption: “The One Where The Band Got Back Together. Happy 25th anniversary @FRIENDS! #Friends25.”

The One Where The Band Got Back Together. Happy 25th anniversary @FRIENDS! #Friends25

Meanwhile, Meghan Trainor has reworked the theme song entirely. The “Me Too” singer covered the original by The Rembrandts. The track was unveiled as the Empire State Building’s themed light show synced to the music in honor of the anniversary.

“Thank you @The_Rembrandts for creating such an iconic song,” she wrote on twitter. “I couldn’t be more excited that I got a chance to cover it.”