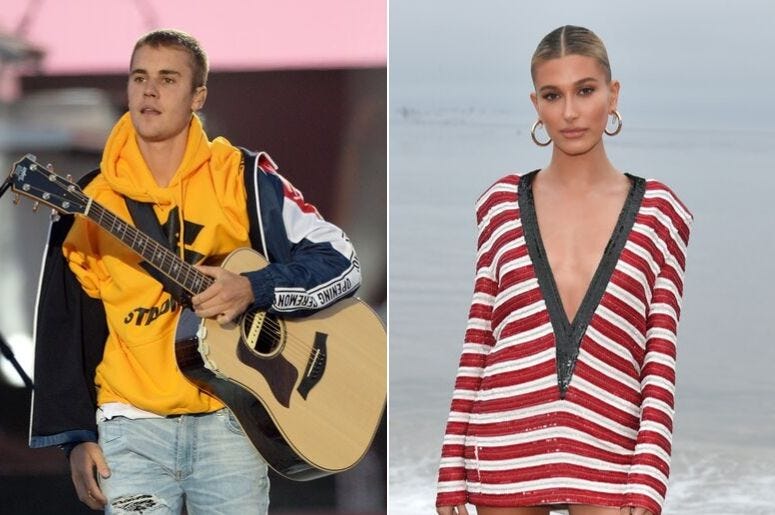 If you listen closely, you can hear the wedding bells for Justin Bieber and Hailey Baldwin, who are preparing for their second ceremony in South Carolina on Monday.

On Sunday, guests arrived by speedboat for the couple’s rehearsal dinner, at the luxurious Montage Palmetto Bluff. With just 36 of their closest friends and family, Baldwin and Bieber both wore white, with Justin in a polo shirt and Hailey in an off-the-shoulder, short dress. The couple first tied the knot in New York at a courthouse last year, but this time will be in a 185-person chapel at the Inn. The pair have rented out the entire property, and it is closed to the public.

Expected guests include Katy Perry and Kendall Jenner, with both sharing photos of themselves on their way to the event.

Meanwhile, Bieber has been sharing throwback photos of the two as kids, showing “where it all began” in an early shot of the pair, and another with Hailey’s family, which Beiber thanked for, “lettin ur daughter marry a savage like me.” The couple first met in 2009.

Justin Bieber is from Ontario, Canada and Hailey Baldwin is from New York, but the Montage in South Carolina has become an escape from the “Love Yourself” singer, one that he now shares with his wife. It became the perfect location for the couple to celebrate their marriage.