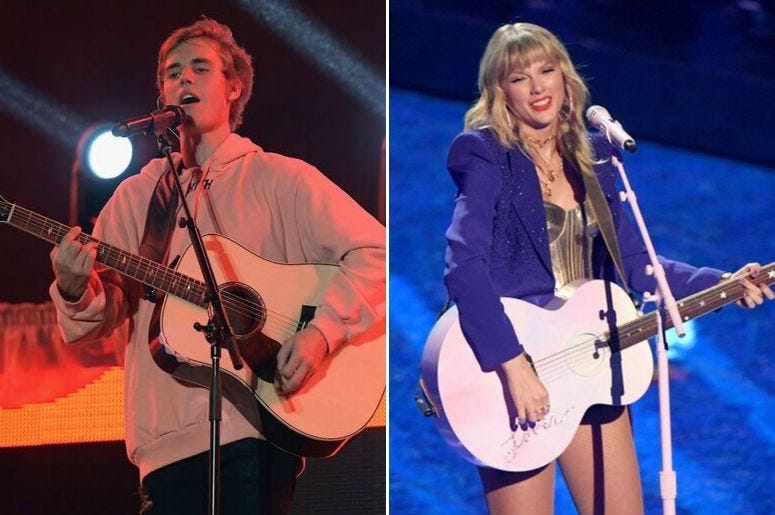 Ever since Thursday night, we’ve been living by the mantra - “I’m not asleep, my mind is alive.”

It’s from Taylor Swift’s instantly iconic post-surgery video, where the “Lover” singer spends her time after a lasik eye procedure, attempting to solve a banana. Along the way she rides the emotional roller coaster that is picking the proper banana, and grieves the one “doesn’t have a head.”

The clip which The Tonight Show host Jimmy Fallon managed to score from Swift’s mom and air on his show Thursday night, already has an army of admirers and a few loving tributes. One of those comes from Justin Bieber, who used part of a Instagram Live on Sunday night to do his own imitation of Swift’s banana video.

“It’s not the banana that I wanted,” he screams from the other side of the room. “It has no head,” he adds.

Swift survived the surgery and the banana video, and can see much better now. This weekend she had a fruit-free performance on Saturday Night Live, delivering a touching piano-only version of “Lover” and the first televised performance of “False God.” Both are featured on Swift’s seventh studio album, Lover, which is the top-selling album of the year.