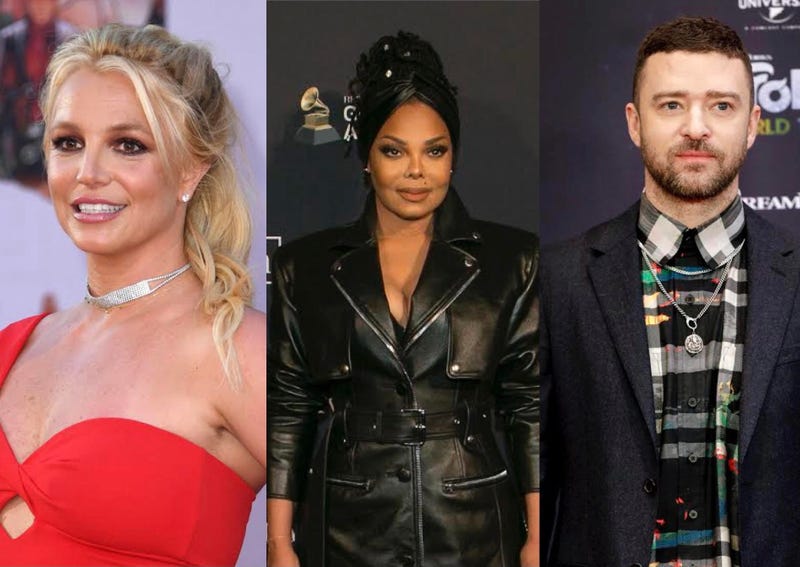 After the recent debut of the New York Times Framing Britney Spears documentary, Justin Timberlake has taken to Instagram to not only share an apology with Britney Spears but also to Janet Jackson.

In one key portion of the documentary, it is explained how JT and Britney’s relationship went on to be detrimental for the “Baby One More Time” superstar. When the couple split up rumors circulated that she had cheated on Justin, which the *NSYNC artist allegedly exploits in order leverage his hit, solo, single “Cry Me a River,” rather than defending the artist and attempting to shut the rumors down.

The documentary gives us a look at a moment where Timberlake took part in a crude radio interview where he doesn’t shut down the hosts who are asking him about “taking Britney’s virginity.”

In relation to Janet Jackson, Timberlake includes an apology to her because he never publicly defended her after her career-shifting performance at the Super Bowl halftime show.

In his post, the singer shares a screenshot of a note he had written out on his phone and writes, “I’ve seen the messages, tags, comments, and concerns and I want to respond.” He continues, “I specifically want to apologize to Britney Spears and Janet Jackson both individually, because I care for and respect these women and I know I failed."

Finally, he incites the demons of show biz adding, “The industry is flawed. It sets men, especially white men, up for success. It's designed this way. As a man in a privileged position I have to be vocal about this ... I have not been perfect in navigating all of this throughout my career. I know this apology is a first step and doesn't absolve the past."

As Timberlake concludes his post, he promises to “do better,” adding, “I have not been perfect in navigating all of this throughout my career. I know this apology is a first step and doesn’t absolve the past. I want to take accountability for my own missteps in all of this as well as be part of a world that uplifts and supports.”

On Thursday, it was announced that there were developments in court hearings around Britney’s conservatorship case. Jamie Spears lost his bid to continue his control of delegating her investments. As the singer has been battling to remove Jamie as the conservator over her estate, the “#FreeBritney” movement has significantly cropped up in order to rally support for the global superstar.

The New York Times documentary examines the makings of Britney’s conservatorship as the “#FreeBritney” movement serves as a crucial backdrop to the entire story.

Another hearing around the conservatorship is scheduled to take place next month in Los Angeles.