Hitting the polls this election season just got a new jazzercise spin thanks to Jane Fonda and her band of politically-inclined celebrity friends.

In a new Exercise That Vote video we see Jane Fonda, clad in 1980s workout gear leading her friends on a zoom session to get “in shape for the upcoming race.” Katy Perry, Orlando Bloom, Kerry Washington, Amy Schumer, Shaquille O’Neal, Vanessa Hudgens, Ken Jeong, and Ashley Benson are all toning their abs and working those glutes while also getting prepared to exercise their right to vote.

However, Perry is getting particularly pumped to vote. Throughout the workout session, the pop-star and new mom is munching on protein bars while admiring herself in the mirror. Later on, in the video we see Katy using her breast pump and encouraging viewers to "get pumped... to vote.”

The “Never Really Over” singer shared the video on Instagram and told followers that she and Bloom clearly have different definitions of what it means “to get pumped these days.” She continues, “Whoever said pumping isn't a sport... I'd like to twist their nipples clockwise for one week straight. ANYWAY I am going to exercise my right to vote!!!! Especially if @JaneFonda says I should.”

While yesterday was the last day to register to vote in some states, other states allow registration until later this month. You can check out your registration status and make your plan to vote right here. 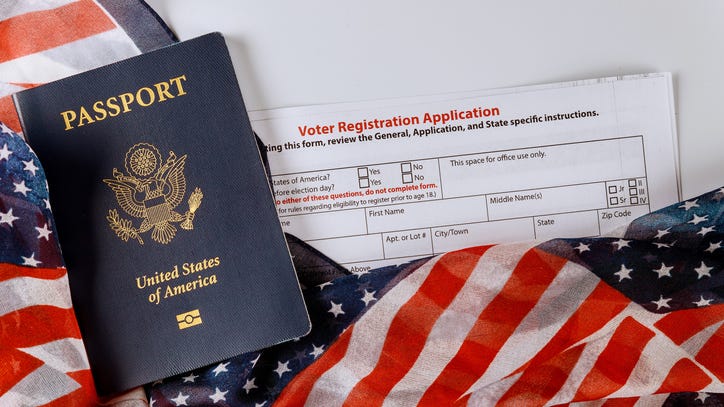 When is the voter registration deadline in your state?