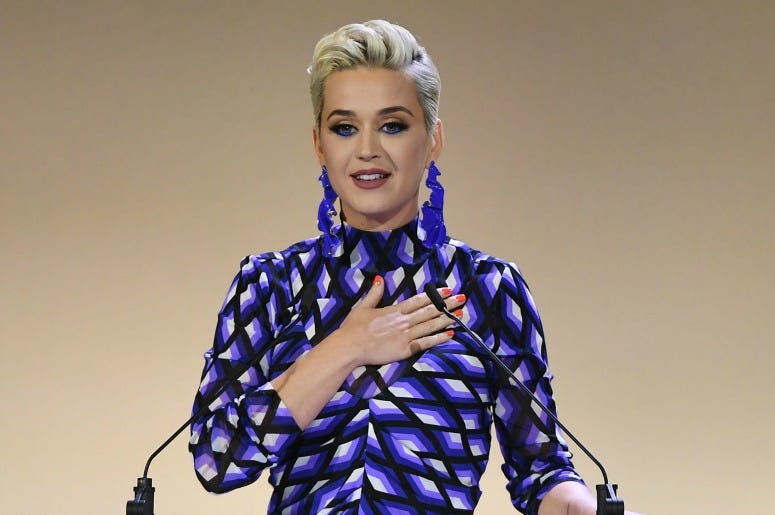 After a string of cryptic notes from Katy Perry, the singer has revealed the cover to her upcoming single, “Small Talk.”

Arriving Friday August 9, “Small Talk” is the second sample of a new era from Perry, following “Never Really Over” which debuted in May.

and now there's nothing left but #SmallTalk☝🏼🌼 Pre-save in bio

Katy started leaving clues that something was coming on Tuesday, posting photos of a notepad “From The Desk Of Katy Perry”, featuring what is thought to be lyrics.

“Isn’t it weird that you’ve seen me naked. We had conversations about forever, now it’s about the weather okay,” reads the first. “Isn’t it wild that I know your weakness, and everybody at the party thinks that you’re the best since sliced bread” follows the next.

The rumor has been that “Small Talk” was penned in part by Charlie Puth, who seemed to confirm the idea during an Instagram Live. “What? How do you know about that?” he asked. “Is anything a secret nowadays?”

It’s been a wild few weeks for Perry, who is currently appealing the ruling in a copyright case over “Dark Horse.” Last week a jury decided that her 2013 song copied parts of a Christian Rap song from 2009.

“The writers of ‘Dark Horse’ view the verdicts as a travesty of justice” her lawyers argued in a statement. “There is no infringement.”

Meanwhile on a more positive note, ABC has announced the Perry will return for another season of American Idol. Rejoining Lionel Richie and Luke Bryan as judges on the show.