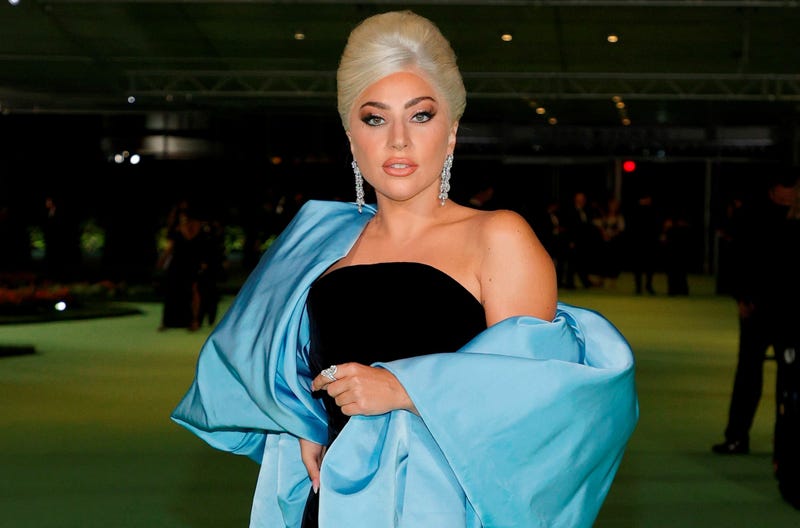 Ahead of House of Gucci’s November 24 premiere, Lady Gaga united with both British Vogue and Vogue Italia to be lensed by Steven Meisel for the cover of the two publications' December issues... and to fill readers in on the process of becoming Ridley Scott’s most recent leading lady.

In her second starring role ever, the Oscar-winning, global Popstar, told Vogue’s Giles Hattersley, “It is three years since I started working on it.” She continued, “I will be fully honest and transparent: I lived as her [Reggiani] for a year and a half. And I spoke with an accent for nine months of that.”

Gaga confirmed that she upheld her accent, even off-camera, adding, “I never broke. I stayed with her.”

The Chromatica Queen detailed her transformation into Patrizia Reggiani, emphasizing that being blonde prevented her from getting the proper accent down.

“It was nearly impossible for me to speak in the accent as a blonde,” said LG. “I instantly had to dye my hair, and I started to live in a way whereby anything that I looked at, anything that I touched, I started to take notice of where and when I could see money. I started to take photographs as well. I have no evidence that Patrizia was a photographer, but I thought as an exercise, and finding her interests in life, that I would become a photographer, so I took my point-and-shoot camera everywhere that I went. I noticed that Patrizia loved beautiful things. If something wasn’t beautiful, I deleted it.”

Gaga’s muse, Reggiani, currently resides in Milan, Italy, and served 18 years of a 26-year prison sentence for having her husband, Maurizio Gucci, killed. Earlier this year Reggiani herself gruffly told an Italian journalist that she was “quite annoyed by the fact that Lady Gaga is playing me in the new Ridley Scott film without even having the foresight and sensitivity to come and meet me.”

During her conversation with Hattersley, Gaga revealed that had her life not become a montage of massive world tours and red carpet arrivals in giant eggs, she would have pursued journalism. And, when asked if the “Bad Romance” singer ever met Reggiani, she responded, “You know, I only felt that I could truly do this story justice if I approached it with the eye of a curious woman who was interested in possessing a journalistic spirit so that I could read between the lines of what was happening in the film’s scenes.”