If there was any doubt about the strength of Lady Gaga’s stage mettle, it was put to rest last night in Sin City. The “Poker Face” singer maintained her composure after taking a tumble with a fan.

Gaga had invited the guy on-stage for a hug when he picked her up awkwardly. His right foot slipped off the edge of stage, sending both of them to the ground below. Witnesses said Gaga landed on her back with the fan on top of her – not exactly how he probably wanted to spend his moment in the spotlight. 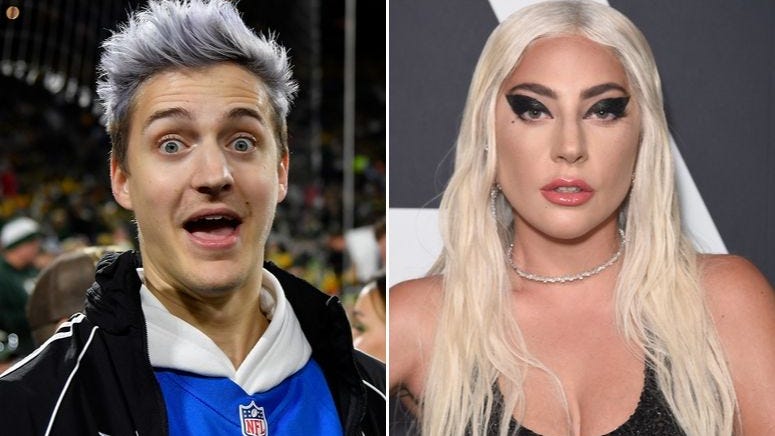 Ninja Had the Perfect Reaction to Lady Gaga's Fortnite Question

Fans were stunned, but Gaga didn’t take long to assure them: “Everything’s OK,” she repeated several times. “The only thing that’s not OK is we need some stairs to the damn stage so I can get back up.”

Check out another view of the unfortunate moment below.

Thankfully, they are fine & continued on with the show. 👏

Gaga was back at her piano soon enough, and didn’t seem to be any worse for wear in a post-show pic she posted on Instagram. But her routine ice bath followed by a hot bath and compression suit was probably extra necessary on this night at the Park Theater at MGM.

Gaga also has the continued success of “A Star is Born” to keep her afloat. Earlier this month, the soundtrack officially reached double platinum status, reaching 6-million album equivalent units worldwide. The soundtrack featured her chart-topping duet with Bradley Cooper “Shallow,” as well as other movie favorites like “Is That Alright,” and “Look What I Found.”