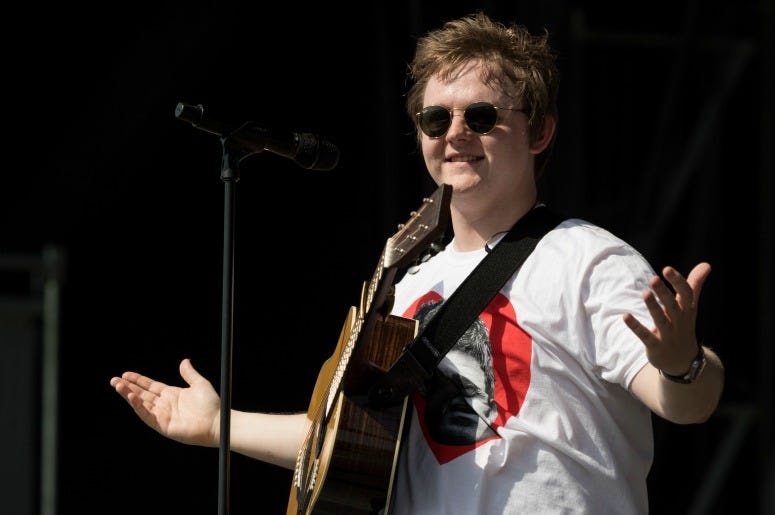 After weeks of campaigning to be “America’s Sweetheart,” Lewis Capaldi finally did it.

“Someone You Loved” is the number one song in the country, passing by Lizzo’s “Truth Hurts” to claim the top position. The Scottish singer spoke with Billboard about the big moment, and he’s more than just a little excited.

Lion-punching energy is reserved only for the highest achievers, also we should note… very ill-advised, dangerous, and cruel. Still, it’s a special level of confidence only felt by a few this year, and Capaldi has earned the right to be a little extra.

SOMEONE YOU LOVED IS THE NUMBER ONE SONG IN THE USA. America’s Sweetheart ❤️🇺🇸x

WATCH MORE: Lewis Capaldi Has A Message For Those Covering His Songs

Further cause for celebration, Capaldi has announced that he’s going to tour this U.S. of A. with Niall Horan in 2020, kicking off a tour in April. You can find the full list of dates below.