Ever since One Direction announced that they were going on hiatus in 2016, die-hard Directioners have been patiently waiting for reunion news.

That moment may be closer than previously expected as Liam Payne teased that the group is planning something big for their 10th anniversary.

Payne told The Sun, "We've got a ten-year anniversary coming up so we've all been speaking together a lot over the last few weeks which has been really nice.”

He added, "To hear a lot of people's voices and seeing old content and different things that we haven't seen for a long time or never seen before, it's very interesting."

The “Strip That Down” singer said he’s in contact with most of his former bandmates including Harry Styles, Louis Tomlinson, and Niall Horan, who have all previously expressed their desire for a reunion. Fifth member, Zayn Malik, left the group in March of 2015 to pursue a solo career. 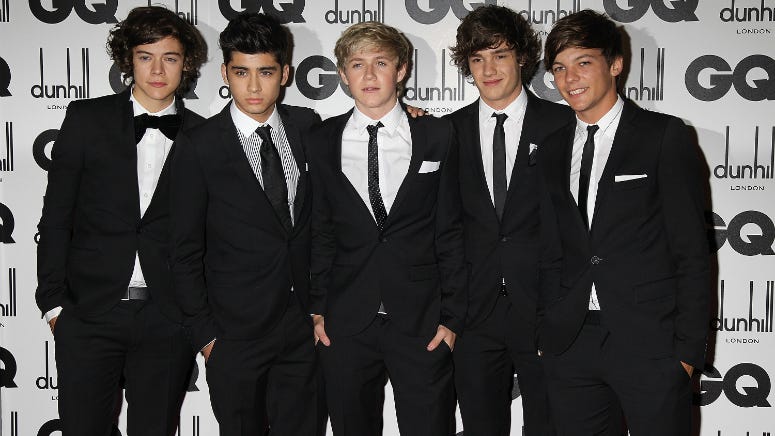 The One Direction Song That Keeps On Giving

However, Payne was cautious of not revealing too much.

"At the moment I'm not sure what I'm allowed to say," he joked.

He clarified that they’ve been throwing around a series of ideas and attempting to finalize something for fans around the world. "There's a number of different things that we are all working on to try and make happen and people are forwarding emails around," he admitted.

The group formed in 2010 on The X Factor and took third place in the competition.

Third place in this case meant that the group would achieve global domination, a dedicated fanbase, go on to release five chart-topping studio albums, amass several awards, and sell over 50 million records.

So, understandably, when they announced their hiatus in January of 2016, millions of hearts around the world were broken.

The members went on to pursue solo projects in both music and film. Payne said, "It's amazing and everyone's had such great success."

It’s unclear what 1D has in mind for their (overdue) reunion. Will it be a new album? A new single? A live-streamed concert? We’re just going to have to wait and see.

“More than anything it's just been a real good time for us to connect together again,” Payne told the publication.