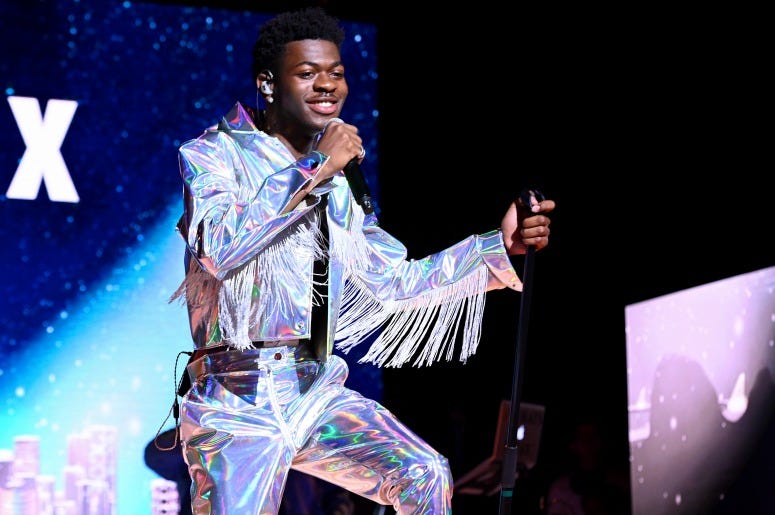 “I’m on the toilet right now but I want to say thank you” explains Lil Nas X in a video minutes after “Old Town” made history.

The viral hit is now the longest-running number one song in history, arguably making it the biggest song of all time. The extra frame put it one ahead of 1996’s “One Sweet Day” by Mariah Carey and Boyz II Men and 2017’s “Despacito” by Luis Fonsi and Daddy Yankee featuring Justin Bieber, which both topped out after 16 weeks at the top.

“Thank you to every single person who has made this moment possible for me. We just broke the record for the longest-running number one song of all time. Let’s go” he adds, turning up the volume on his song.

“Old Town Road” got one final push over the top last week, as Lil Nas X added yet another remix of the song featuring RM from the global sensation BTS. It’s the third such remix since the song first gained attention on the charts.

"I started to write the song, and it started off as a loner, runaway cowboy" Lil Nas X told RADIO.COM earlier this year about the first phases of the hit. It would grow into something different, with the Wild West imagery doubling for some of the trouble he was dealing with in his own life.

"Later on, through the month of me switching words in and melodies, and things out and stuff, I changed it so that the horse would be a symbol for not having much to work with and the Old Town Road be a path to success."

A few months later and you still can't tell him nothin.

wow man last year i was sleeping on my sisters floor, had no money, struggling to get plays on my music, suffering from daily headaches, now i’m gay.

For more from Lil Nas X and the origin of “Old Town Road”, watch the exclusive video below.