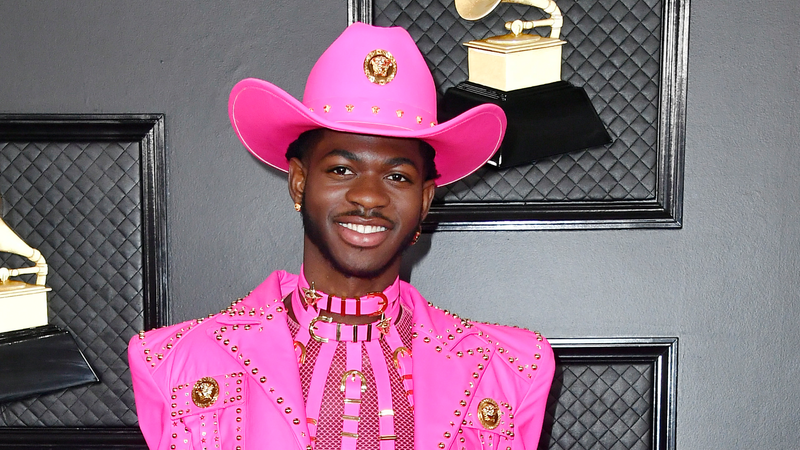 A few weeks before the successful release of his debut album Montero, Lil Nas X was already looking towards the future. Tweeting to his legion of fans a promise that “after i drop the album i will be finish with my gay era and returning to my cowboy era.”

Well, the album’s out and we’d like to object and suggest, what is perhaps to some very obvious… umm why not both? Especially now that we’ve heard Nas’s cover of “Jolene,” we’re afraid we actually must insist on it.

If you’re like ‘I’m sorry what?,’ we’ll gladly fill you in. Lil Nas stopped by BBC Radio 1’s Live Lounge to perform his deep baritone, subtle twang rendition of the Dolly Parton’s 1973 classic along with some of his newly released tracks — and so naturally many are obsessed, including us.

Obviously, LNX isn’t the first to put his own spin on “Jolene,” actually his pal Miley Cyrus, who also happens to be Parton's goddaughter, has performed the track numerous time — our fave being the 2012 Backyard Sessions version. That said, Lil Nas held his own, showing off his range, while looking directly through the camera and into our souls while doing so #ThatsTalent.

NGL, we love seeing Nas, get back to his “Old Town Road” roots, and while we fully support any genius artistic decision he makes, we believe he could do it all. A little bit Country and a little bit Rock and our bad, Pop — actually whatever man, add Rock and Roll in there, let’s have a party.

In addition to his moody yet sassy cover of “Jolene,” Nas also treated us to performances of “Dead Right Now," “That’s What I Want” and "Montero (Call Me By Your Name) from his debut album, all of which you can check out below.