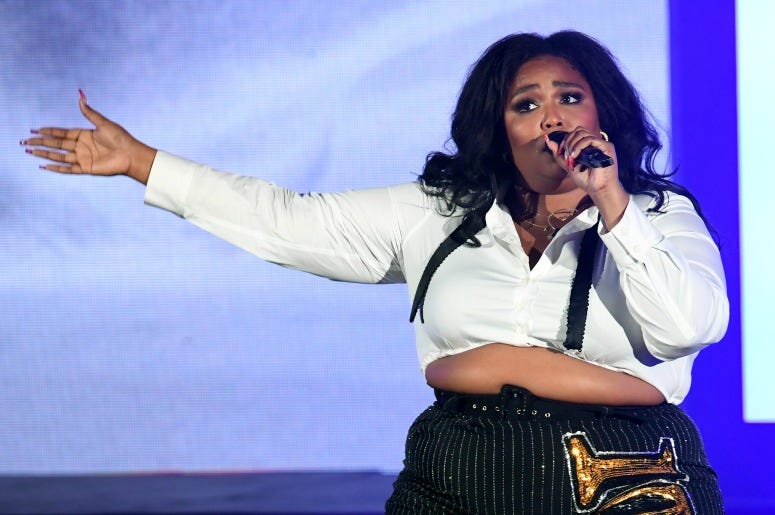 Lizzo is one-hundred percent not standing for claims that someone else is responsible for the success of “Truth Hurts.”

The song is currently number one in the country for a seventh week, tying for the record for longest-running number one by a female rapper. However, in recent days there has been a shadow of talk around the empowerment anthem, with a claim from other songwriters that they had a hand in crafting lines from “Truth Hurts.” On Tuesday, Lizzo responded with a message, and a lawsuit.

“The men who now claim a piece of ‘Truth Hurts’ did not help me write any part of the song,” she adds. “They had nothing to do with the line or how I chose to sing it. There was no one in the room when I wrote ‘Truth Hurts,’ except me, Ricky Reed, and my tears. That song is my life, and its words are my truth.”

Truth Hurts... but the truth shall set you free.

Lizzo goes on to say that she later learned that the meme she saw was inspired by a tweet, and she is sharing her success with its creator. “Not these men. Period,” she writes.

As this message was being posted, the Cuz I Love You star was also filing a lawsuit asking a judge to declare that the three men claiming credit on “Truth Hurts,” have no copyright case or claim to the song’s success. The suit explains that the songwriters embarked “on an escalating campaign of harassment against Lizzo and others involved in ‘Truth Hurts,’ threatening to ‘go public’ unless they receive an unwarranted share of this work,” according to a copy obtained by Variety.

“Truth Hurts” was first released in 2017, but it found viral success earlier this year after a Netflix trailer included the song. In addition to a number one run on the Billboard chart, “Truth Hurts” has been watched over 136 million times on YouTube.