Louis Tomlinson has been answering fans’ questions about everything from his favorite food and drink to who he’d like to see play him in a movie. For our next “Ask Me Anything” segment with the singer, we’re getting more personal.

Gail Holman asked the 27-year-old who watches his dogs while he’s traveling the world. The answer is his girlfriend, and he said Clifford and Bruce are always happy to see him when he returns.

“It’s always good when you haven’t seen the dogs for a while. They jump all over me so that’s good,” he said. “They do get along, and they’ve not known each other for their whole lives, but yeah they get on. They’re good lads” 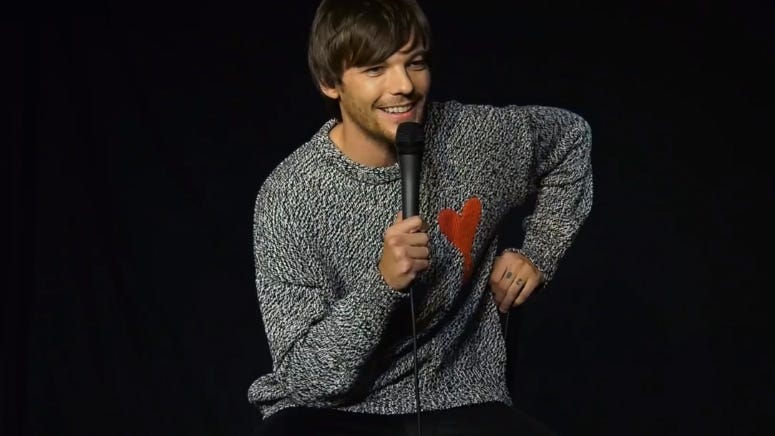 EXCLUSIVE: Louis Tomlinson Says This Actor Should Play Him in a Movie

So when Louis does finally get a day off from recording, touring and promoting, what does he like to do? That’s what “Ali” wanted to know.

“I watch a lot of rubbish TV so I just sit around watching TV when I can,” he said. “In England I watch stupid shows like border control shows and 'Antiques Roadshow.' Random, random things.”

In the video above, we also found out the one thing Louis has never done but desperately wants to.

Tomlinson’s debut solo album is due on January 31st with a world tour to follow. Four singles have already been released: “Two of Us,” “Kill My Mind,” “We Made It,” and “Don’t Let It Break Your Heart.”

WATCH MORE: Louis Dishes on His Favorite Dishes.. and Drinks!