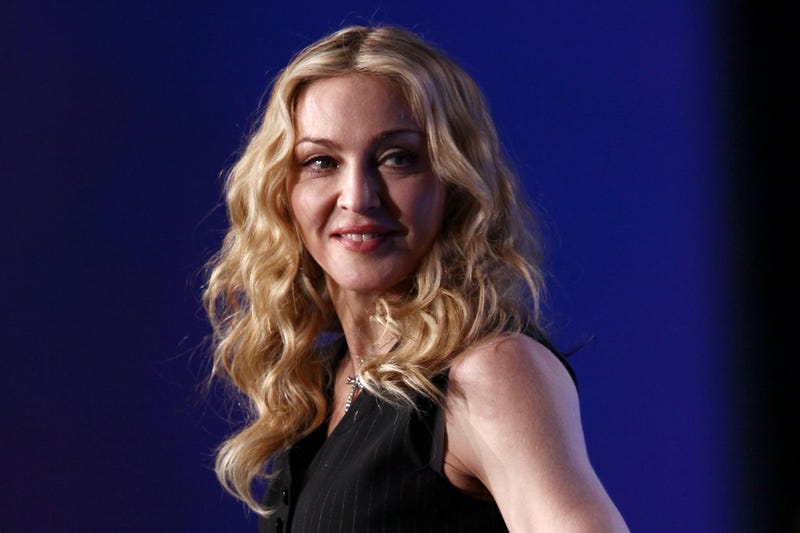 The icon hosted a fundraiser for the Ali Forney Center and raised $150,000 last Thursday evening, while also delivering some show-stopping looks.

Madonna started the night in a bold cerulean bob that remained the centerpiece of her look, which included a see-through, black, fishnet bodysuit, a leather mini skirt, a harness, hot pink fingerless gloves, and a matching open-cut bra.

Throughout the night, the Material Girl switched wigs, eventually serving up a cotton candy lob with bangs and baby-blue satin fingerless gloves.

Madonna also wore the candy-colored wigs in a sultry video she posted to Instagram in celebration of Pride. Throughout the clip, the superstar encourages viewers to have “no fear,” “resist,” and “be who you are.” As a dance beat plays over Madonna saying “I want to give people the courage to be who they are,” the artist is seen voguing to the beat. She captioned the post, “This Video was made For Pride.”