We knew that Mariah Carey was the Queen of Christmas, we just had no idea how much better than us she is at it. It's filled with trips to Aspen, real reindeers, and lots of butterscotch schnapps.

The “All I Want For Christmas Is You” singer ran through her perfect Christmas plans for Cosmopolitan UK, and they are the kind of diva-level excellence we aspire to. First things first, get jolly or get out.

“I will only allow a harmonious day in my house – you have to comply or you can get out,” she says. “That’s how you avoid the arguments. You’re not invited if you’re going to cause any drama. There are no fights on Christmas.”

Hear that Uncle Rick? No fights on Christmas. 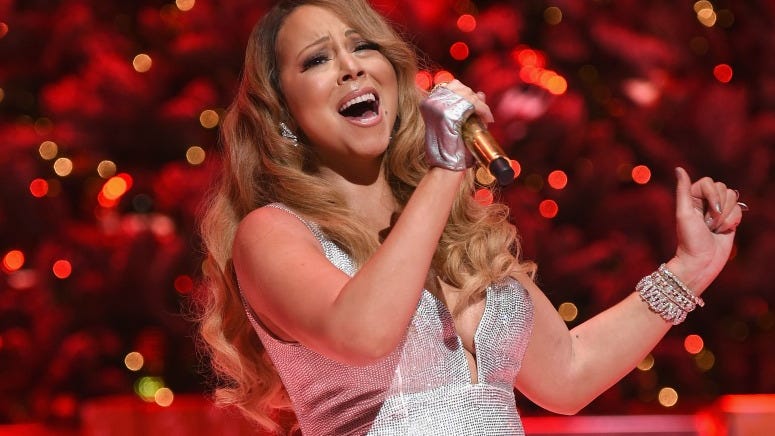 Mariah Carey Woke Up Like This, Ready for Christmas

Christmas officially starts on the 23rd for Mimi, who usually makes her way to Aspen with ex-husband Nick Cannon and the couple’s children. “When I get off the plane, our drivers have ‘All I Want For Christmas’ playing, we have hot cocoa and some butterscotch schnapps. Then we’ll go through the woods on a two-horse open sleigh with blankets and real reindeer. It’s freezing cold but it’s beautiful and you’re looking at the stars. It’s an incredible moment I love every year.”

When her 23rd is better than your 25th, there’s no hope for you. But go on Mariah, we’re listening. Take us to Christmas Eve.

“I cook a couple of different things – secret family recipes from my dad,” she explains. “Then Santa comes and hangs out with us. We take pictures by the tree. Then I’ll encourage everybody to sleep in a little bit later because I’m not an early riser.”

After all of the excitement of the past few days, Mariah makes sure that the focus is on the kids for Christmas morning. After putting on “something cute,” Carey calls everyone together for presents. “For me, just the kids’ love is all I really need. They make me things and I save everything. But that doesn’t mean I don’t want things bought from the shop. I love that, too.”

After hanging out around her 19-foot tree in the living room, everyone has worked up an appetite and Carey comes back to the kitchen. “I work with the sous chef on the whole American traditional Christmas dinner – turkey, mashed potatoes, we’ll do a cherry pie, apple pie,” she says of Christmas dinner. “There’s lots of vegetables and goodies, cranberry sauce and stuffing. Sometimes we may do sprouts. It’s not like number one on my list of must-haves – I don’t need them. It’s not like stuffing – stuffing is a thing. Christmas Day should be whatever you feel like doing food-wise. [To drink, we have] hot cocoa and butterscotch schnapps.”

Listen to Christmas Classics on the RADIO.COM App

You're right, stuffing is a thing. The best thing.

Schnapp’d up ready to rock around the Christmas tree, Mariah and her family listen to Christmas music and watch Christmas classics like Elf, It’s A Wonderful Life, and Love Actually. “My song is in that, I had to approve it.”

On November 1, Mariah released the Merry Christmas: Deluxe Anniversary Edition in honor of the 25th anniversary of her first Christmas album.