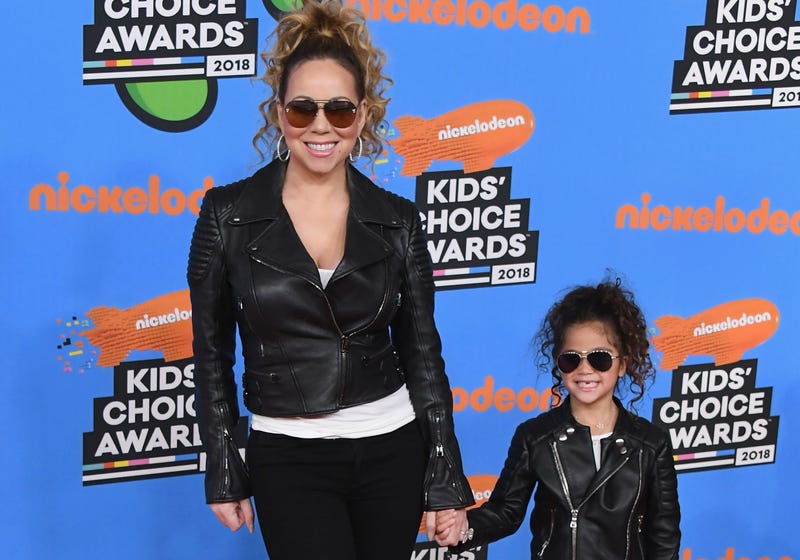 Mariah Carey’s daughter is getting ready to head back to school, but this time she is also making her very first commercial debut.

Monroe Cannon, the daughter of Carey and her ex-husband Nick Cannon, is now the face of OshKosh B’gosh’s back-to-school campaign. In the ad, Monroe looks just like a young version of Mimi, as she dons the brand's signature denim overalls.

However, what really makes her reminiscent of Mariah is her musical practice during the commercial. Monroe gives her whistle tones a whirl as she stands in the mirror holding her ear, singing into a brush like a microphone, and dances like a Pop diva, just as a young Mariah would do.

During the ad, the 10-year-old says, “The melodies that live in my head, someday they’ll live at the top of the charts.”

In a recent press release it’s explained that the “Today is Someday,” campaign script was written to reflect moments from Carey’s latest memoir, The Meaning of Mariah Carey, and is an homage to Mimi’s hit singles.

The ad also features cameos from other beloved artists and figures, like Outkast and Muhammad Ali. The stars featured in the campaign aim to encourage children to “dream boldly about who they’ll become someday,” explains the press release.

In the press release Mimi also shared, “As a little girl, I was determined to realize my dreams. Now as a mother, it brings me so much joy to see my children visualize and develop the dreams they hold in their own hearts. We did the campaign because we love the message of empowering kids to dream boldly and blaze their own path.”

The OshKosh B’gosh campaign will launch on Friday, where ads will run on TV, digital platforms, and on social media.

If you love Mariah Carey and enjoy Pop music that will take your breath away, check out Audacy's Pop Power Ballads exclusive station on the Audacy app now!