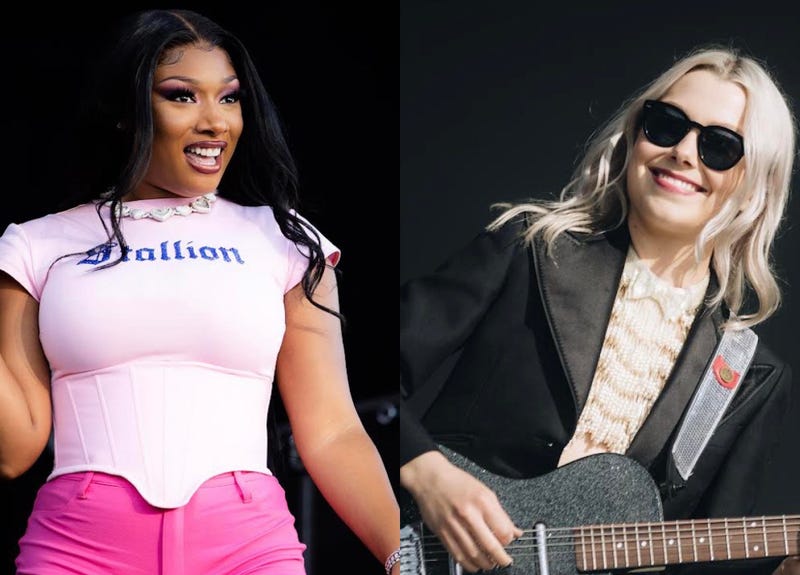 Over the weekend, during the Texas-based music festival Austin City Limits, both Megan Thee Stallion and Phoebe Bridgers shared their opinions about the state and the festival itself.

The legislation that was passed in September, Senate Bill 8, bans abortions after six weeks in the state of Texas. Often times many people don’t know they are pregnant at that early of a gestation point. Texas’ legislation is the most restrictive abortion law in the United States.

The law does not make exceptions for rape or incest and allows private citizens to sue abortion providers and patients.

On October 8, during her set, the “Body” rapper put her middle finger up and announced to the crowd, “This middle finger is also to these motherf**ing men that want to tell us what the f**k to do with our body.”

The Houston native added, “Cause how the f**k you gonna tell me what to do with my motherf**ing body? Drop that s**t.”

Additionally, after her set Megan took to Instagram, sharing an image that reads “I OPPOSE the Texas abortion ban.” She captioned the post, “Y’all know I’m a Texas girl and we deserve better! Politicians want to cut off abortion access and control our bodies, lives, and futures — I’m speaking up.”

Megan was not the only artist who spoke up during the festival. Prior to the weekend, Phoebe Bridgers released a cover of Bo Burnham’s “That Funny Feeling” on Bandcamp, where proceeds from the purchases would go directly to Texas Abortion Funds.

Bridgers also made her feelings known about ACL in general, After her sound was cut during her performance of “I Know The End,” the Punisher songstress continued to play despite the malfunction. Once her set ended, she tweeted, “lol f**k acl.”

The festival ultimately apologized to Bridgers for cutting off her sound. Festival spokesperson made a statement to the Austin American-Statesman and shared that the sound issues were a miscommunication on stage by ACL Festival personnel.” Additionally, the festival announced that they would be donating to Texas Abortion Funds as well on behalf of Bridgers.

The statement read, “We wish this had not happened and extend our apologies to Phoebe. After positive conversations between festival organizers and the artist about the situation, ACL Fest has made a donation to Texas Abortion Funds to show our support for Phoebe and an organization close to her heart.” Billie Eilish almost opted out of Austin City Limits due to new Texas' abortion laws, but spoke out against them instead