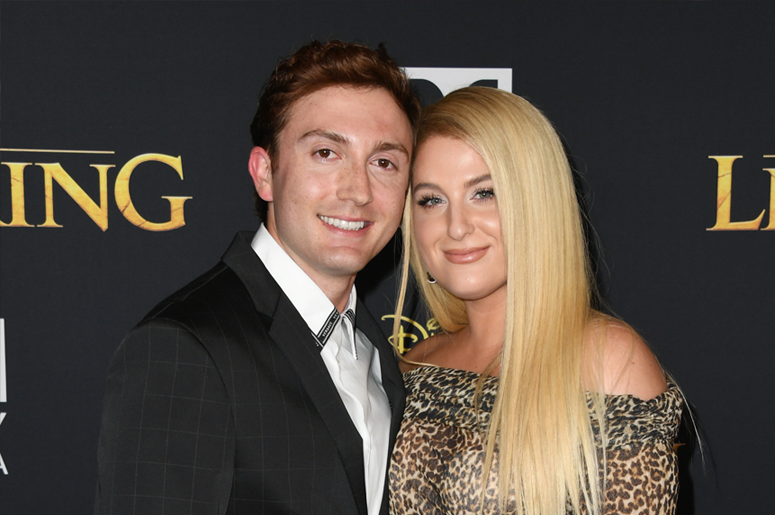 During her visit to The Kelly Clarkson Show, pregnant Meghan Trainor gave Clarkson some exclusive scoop, and revealed that her and husband Daryl Sabara's little Spy Kid is… a boy!

Well actually it was hubby and Megan’s brother, Ryan Trainor who did the announcing. In a preview clip from the episode airing on Tuesday, October 27, Kelly asks the mom-to-be, “Do you know the gender of the baby yet?”

“We’ve never told anyone … I saved it for you, Kelly, I love you,” Trainor replied, admitting she was way off with her guess, "I did all those [old wives' tales] online — how fast is the heartbeat? Where do your hips go? — and I was wrong.”

She then let her very excited husband and brother, who tuned in virtually, do the honors.

Meghan then admitted that she has yet to buy anything for her baby boy. "I'm just over halfway," the singer explained. "I don't know when to buy stuff. People want to buy me stuff, but I'm like, 'I'm gonna have two cribs? What do I do? Help me.’"

Megan’s baby update comes two weeks after she announced her pregnancy, first on the Today show, and then on Instagram. “You all know how long I've wanted this!!!!" she captioned her post. "@darylsabara and I are so beyond happy and excited to meet this little cutie early next year! WE'RE PREGNANTTTTT!!!”

And that’s not all the couple has to celebrate, in just two months, the couple will be celebrating their second wedding anniversary. After a yearlong engagement, Trainor and Sabara tied the knot in December 2018 in the backyard of the Los Angeles home on the singer’s 25th birthday.

Check out the big reveal above.