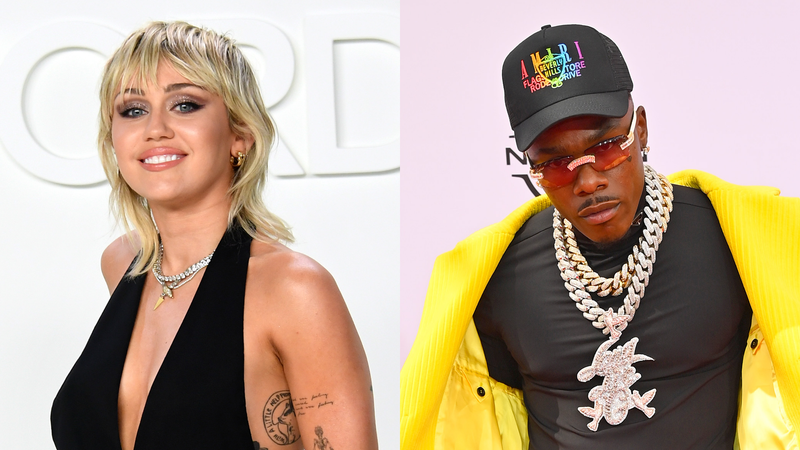 As Miley Cyrus, the compassion queen, explained in her most recent post, she reached out to DaBaby amid his current media nightmare following those homophobic remarks he made at Miami’s Rolling Loud on July 25.

Shortly after, as many artists including Elton John, Madonna, and Dua Lipa quickly reacted about their shock and dismay, criticizing the rapper for his insensitive and uneducated comments, Miley chose to pause and take different approach. To encourage us all to be less judgey, stressing the benefit in seeking out information and learning from one another, rather than to hastily turn to cancel culture.

"As a proud and loyal member of the LGBTQIA+ community, much of my life has been dedicated to encouraging love, acceptance and open-mindedness," she wrote. "The internet can fuel a lot of hate & anger and is the nucleus of cancel culture... but I believe it can also be a place filled with education, conversation, communication & connection.”

Miley went on, directing her fans and followers to see the importance of seeking out education and to let go of the hate for the sake of progress. Writing, "It's easier to cancel someone than to find forgiveness and compassion in ourselves or take the time to change hearts and minds. There's no more room for division if we want to keep seeing progress! Knowledge is power! I know I still have so much to learn!”

Not sure if DaBaby has actually replied to Miley’s DM, but tagging him in the caption of her post might do the trick. "@DaBaby check your DMs - would love to talk and see how we can learn from each other and help be part of making a more just and understanding future," she wrote, tagging Greater Than Aids as a "great resource," as well as her own Happy Hippie Foundation.

Cyrus' post comes in the midst of DaBaby’s cancelled festival appearances, leading the rapper to issue his second apology, this time to the LGBTQ+ community specifically, “for the hurtful and triggering comments I made.” And also apologizing again for his “misinformed comments about HIV/AIDS,” claiming to “know education on this is important.”

They do say knowledge is power. Check out Cyrus full post above.