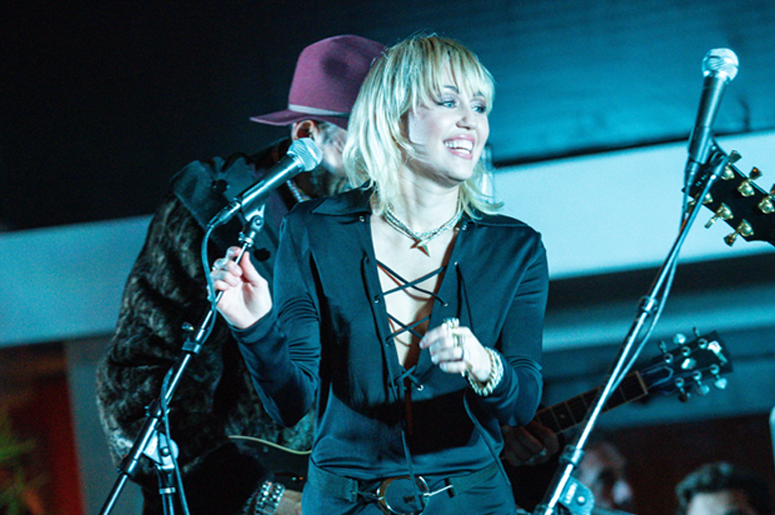 Well that didn’t take long. Miley Cyrus just released her new album Plastic Hearts on November 26th and it has already gone straight to number one on the rock chart.

On Monday the singer took to social media to share her excitement about topping the Billboard charts by sharing a candid video of herself finding out the news in real time. Usually the one doing the shocking, the clip shows Miley genuine surprised by what she is hearing,  as she said, “What...no...you're not for real…,” and asked her team to “fact check…100 times.”

Miley also shared her disbelief in the post’s caption and thanked her fans, collaborators and idols for helping her achieve success. “It’s official. #PlasticHearts is the #1 rock record in the country.” She continued, “My mind is blown and my heart is overwhelmed with gratitude. Thank YOU to every creative collaborator involved on this project! If one person was missing I would not be writing this message.”

From Joan Jett and Billy Idol to Stevie Nicks and Dua Lipa, with the long list of people to thank, Miley had to continue the honorable mentions with a secondary post.

Famous friends and family of Miley were quick to comment, congratulating the singer on her latest feat, as Hailey Bieber wrote, "YAYYYY!!!!!!" and Fashion designer Jeremy Scott said, "YOU HAVE ALWAYS BEEN #1 IN MY HEART!"

Momager Tish Cyrus wrote, "Lets not forget your Mom taking you to your first ROCK concert which was your first concert!" And Kylie Minogue wrote, "FACT(s)CHECK(ed)."

Which indeed they were, speaking of which lets look at some of those facts and figures. Reigning supreme on Billboard’s Top Rock Albums chart Plastic Hearts takes the No.1 on the list dated Dec. 12. With 60,000 equivalent album units earned in the week, 20,000 units of which are from album sales, according to Nielsen Music/MRC Data. This makes Cyrus the fourth female solo artist to lead Top Rock Albums in 2020, following in the footsteps of Fiona Apple, Hayley Williams and Alanis Morissette.