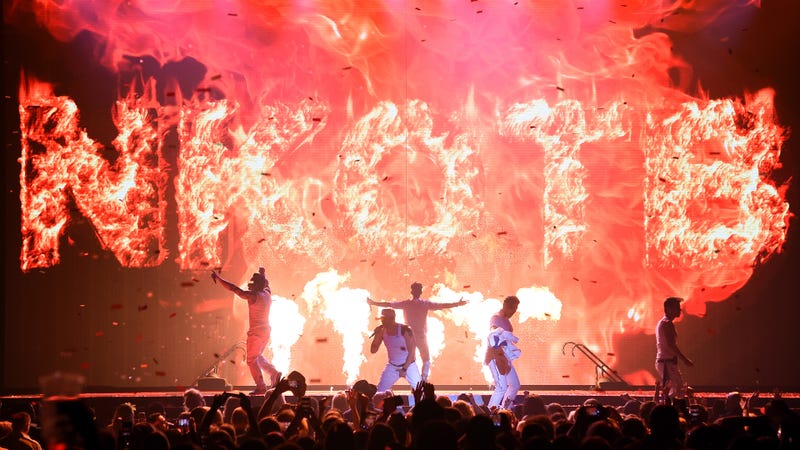 New Kids on the Block definitely know how to throw a party!

The legendary boy band is hitting the road beginning in May 2022 with a stacked lineup of friends that they're taking with them, featuring Salt-N-Pepa, Rick Astley, and En Vogue.

In the past, the legends have brought along Salt-N-Pepa, 98 Degrees, Boyz II Men, TLC, Nelly, Paula Abdul, Debbie Gibson, and Tiffany, providing sold-out crowds with the soundtrack of their youth while offering up tons of on-stage surprises.

"We had a blast out on the first MixTape Tour in 2019, and can’t wait to take it to another level with our fans on the MixTape Tour 2022," New Kid Donnie Wahlberg said in a statement. “Just like a mixtape, these shows are going to take audiences through all the emotions. To be able to have Salt-N-Pepa come back and now also have the iconic and legendary Rick Astley and En Vogue join the tour… we could not be more excited. Let’s GO!" Take a look at the huge list of North American dates below. Sign up here for pre-sale access.

Getting that confetti ready because we’re coming to a stage near you in 2022!! 🎉 We’re bringin’ our friends @TheSaltNPepa, @rickastley and @EnVogueMusic along for the ride! Sign up for Block Nation in order to get presale access here: https://t.co/WaKzEi6zrF #MixtapeTour2022 pic.twitter.com/5FKeoI8JJv

Listen to more of your favorite Pop music on Audacy's exclusive stations like Let's Get Social, K-Bops, Beach Beats, Now Dance, Collabornation, and so much more!