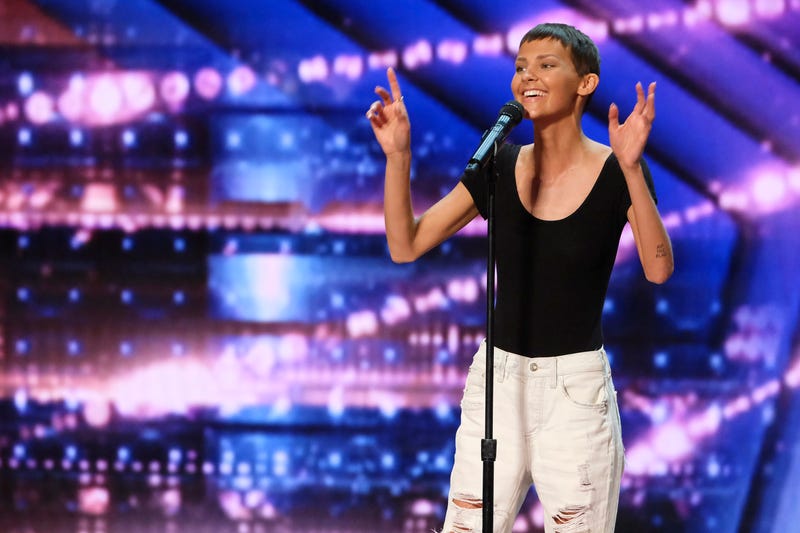 America’s Got Talent Season 16 stand-out contestant, Jane Marczewski, a.k.a. Nightbirde, has left the show to focus on her ongoing battle against cancer.

The 30-year-old singer-songwriter captured hearts as she auditioned with an original song titled, “It’s OK,” in June. During her audition, Nightbirde revealed to judges she was a three-time cancer survivor and currently had active cancer in her lungs, spine and liver.

Despite her diagnosis, the Ohio native gave a moving performance, earning her a ring from judge, Simon Cowell’s golden buzzer, which signifies a contestant moving directly to the live show portion of the show, beginning August 10.

With live shows just around the corner, and a recent turn of events with her health, Nightbirde informed fans via Instagram that she has left the competition in order to focus all her energy on her fight.

“Since my audition, my health has taken a turn for the worse and the fight with cancer is demanding all of my energy and attention,” she wrote in a post in Instagram. “I am so sad to announce that I won’t be able to continue forward on this season of AGT. Life doesn’t always give breaks to those that deserve it—but we knew that already.”

She continued, “What a miracle that the pain I’ve walked through can be reworked into beauty that makes people all over the world open their eyes wider… Stay with me, I’ll be better soon. I’m planning my future, not my legacy. Pretty beat up, but I’ve still got dreams.”

Nightbirde’s audition has garnered more than 30 million views on YouTube and her story continues to inspire as she continues to fight and maintain a positive attitude.

“It’s important that people know I am so much more than the bad things that happen to me,” she shared on the show. “I have a 2 percent chance of survival, but 2 percent is not zero percent. Two percent is something, and I wish people knew how amazing it is.”