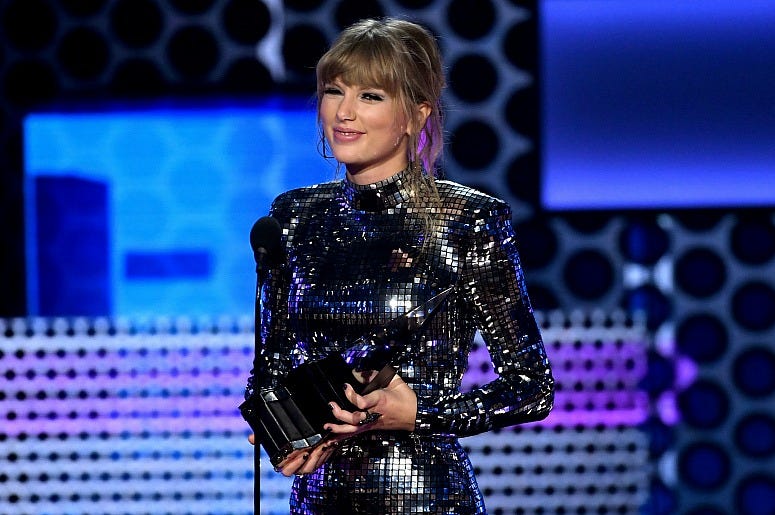 At the American Music Awards, it’s all about the fans. The show is the largest fan-voted award show, and one of the most exciting nights of the year. Always packed with performances and music’s biggest stars, we can’t wait to see what goes down live from Los Angeles on November 24.

Last year it was Taylor Swift who won the night's top prize, Artist Of The Year, beating out Drake, Ed Sheeran, Imagine Dragons and Post Malone. The Lover singer also kicked off the show with a performance of "I Did Something Bad," leading a line up of Cardi B, Camila Cabello, and more who lit up the stage.

Slowly but surely on Thursday morning, we learned who will be a part of the 2019 edition, as Ella Mai helped announce this year’s set of nominees. First a few select categories were revealed on Good Morning America, with the rest being announced via the American Music Awards social media accounts. As Mai was helping to announce the nominees, she also learned that she was nominated for 4 awards.

Once again Taylor Swift is up for Artist Of The Year, but the competition is intense. In the category she will face Drake, Ariana Grande, Post Malone, and Halsey.

These are the nominees for the 2019 American Music Awards.

Artist Of The Year

Billie Eilish - WHEN WE ALL FALL ASLEEP, WHERE DO WE GO?
Ariana Grande - thank u, next
Taylor Swift - Lover

New Artist Of The Year