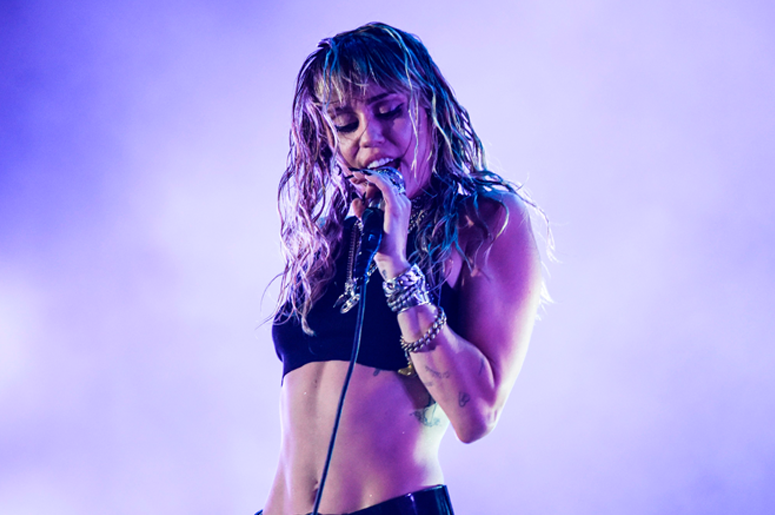 Even though she promised us more new music, Miley Cyrus is on a cover roll, and to be honest, our obsession with her runs deep so we’ll take what we can get.

Good thing that what we’re getting is pretty freaking epic. Keeping things scandalous and right on brand, Miley spoke to fashion designer Rick Owens for Interview magazine, calling “from someone else’s bed” she revealed what she’s got coming up next. “We’ve been working on a Metallica cover album and I’m here working on that," she stated, adding, "we’re so lucky to be able to continue to work on our art during all of this. At first, it felt uninspiring and now I’ve been totally ignited.”

Well newsflash Miley, you totally ignite us. Besides confidently knowing that she slays anything she does, we’ve already heard Miley take on and crush a Metallica cover before, with "Nothing Else Matters" at the 2019 Glastonbury Festival. So one can only imagine how epic an entire album will be, seriously, we’re just thinking about it and our head is spinning.

This past weekend Miley held up her title, covering both The Cure and The Cranberries at #SOSFest, as well as taking on Britney Spears, Pearl Jam, The Cardigans and more during her MTV Unplugged Backyard Session.

Besides dropping the heavy metal bomb, Miley revealed who she looks to for inspiration. "People ask me who I’ve studied for my movement onstage, and I always say Iggy Pop.” Who surprise, surprise, Miley also covered at the Chris Cornell: I Am the Highway tribute show along with Temple of the Dog's "Say Hello 2 Heaven.”

While their conversation continued, no other details regarding the cover album, including it’s potential release date were revealed. Check out Miley’s full interview for Interview here.